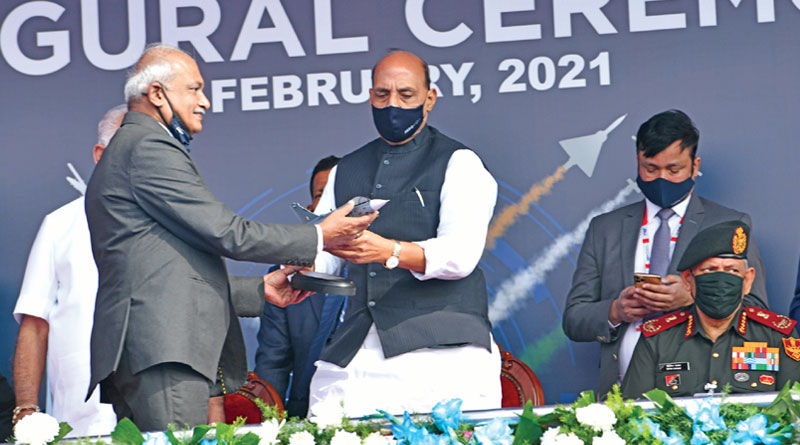 The new production line has a quantitative advantage over the first one as it is capable of producing 16 fighters in a year. The production will start after three years. CMD, HAL, R. Madhavan said that the defence minister’s visit was a great moral booster to HAL. The phase-1 of the facility getting ready on 35 acres of land will enable HAL to enhance its production capacity to 16 from the current eight aircraft every year.

The defence minister, while praising the efforts of HAL’s staff members, said that HAL was his pride and that India could not remain dependent on other countries when it comes to defence. He also told HAL to ensure the timely delivery of LCA Mk-1 A to the IAF.


“HAL’s new LCA facility is example of how ‘Aatmanirbhar Bharat’ is shaping and HAL deserves the largest indigenous order of 83 LCA Mk-IA. LCA is pride of India and sends the right message to others that India can make fighters of class in-house. The fighter is superior in many ways when compared to others fighters in its category besides being cost effective. I compliment HAL for working through the pandemic and bringing out this facility. The company has a lot of talent and more orders should come in its way in future. We cannot depend on others on security issues and, therefore, will make HAL stronger, whatever it takes,” he added. 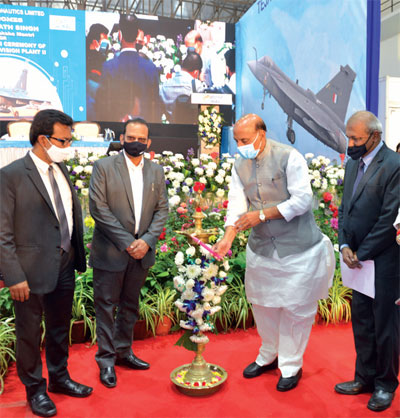 In an interaction with FORCE, General Manager HAL, Jayadeva E P said that since the focus was on indigenisation, the weapon systems that will be integrated onto these fighters will be of Indian make. He said that the focus was on indigenous weapons, produced by Defence Research and Development Organisation (DRDO), and cited Astra missile as an example, which is developed by the DRDO. He added that new mission computers will be integrated onto these aircraft.