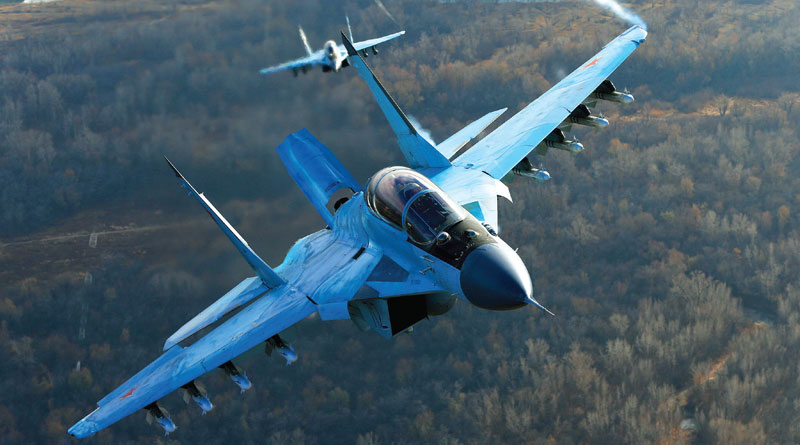 NOWADAYS, THE INDIAN ARMS market is a fast-changing and growing market. This tendency allows the Indian military forces to develop and reach the level of leading countries, and even to leave them behind in some areas due to diversification of arms and military technologies either co-developed or transferred by leading developers and manufactures. These processes are driven by the key trend in the national policy – Make in India, an initiative by the Government of India to encourage companies to manufacture military products in India.

Russia is one of the pioneers and major participants of the national programme with a history of decades-long partnership. We started to deploy Russian production facilities in India as far back as the 1960s, launching licensed production of the MiG-21 aircraft and its units in the Republic of India with a rate of local production over 60 %.
Today, the Indian arms market represents all major players in the global arms market, who cannot miss the largest “tender of millennium” to supply over 110 light aircraft for the Indian Air Force. Russia has already submitted one of its flagship product for competition – a multi-role light fighter aircraft MiG-35 with its performance characteristics near the 5th generation fighters.

Russia has a long history of participation in tenders held by the Republic of India. In 2010, the tender for supplying a fighter that meets the MMRCA requirements revealed all the advantages of the combat aircraft and allowed to gain unique experiment in the ruthless competition with other aircraft makers such as American companies Lockheed Martin and Boeing with their F‑16V and F/A‑18E/F models, French manufacturer Dassault Aviation with its Rafale, Swedish Saab with the Gripen fighter and European consortium Eurofighter Jagdflugzeug with its Eurofighter Typhoon.

However, the MiG-35 demonstrated its maximum capabilities in the course of heavy-duty operation, during flight tests conducted by the Indian Air Force. At that time the fighter accomplished the most challenging missions while taking off from a high-level aerodrome at Kushok Bakula Rimpochee Airport, and flying over the city of Jaisalmer under the blazing sun of desert. Despite the fact the MMRCA was not officially completed, the Russian Aircraft Corporation “MiG” leaned a lesson and continued to improve the aircraft.


The Russian Air Force has been operating this fighter since 2019. Its public presentation took place in 2017, causing a furore in aviation engineering communities. It is worth mentioning that since the first MMRCA tender, the MiG-35 aircraft has been modified in order to fully meet the requirements established by the Indian Air Force. The current version of the MiG-35 is not just a fighter, but a prospective aviation complex designed for operations in highly intense military conflict areas, against a strong and multilayered enemy air defence system. The aircraft is able to accomplish challenging multi-role missions in a changing operational and tactical environment and to hit air, ground and sea targets. Along to the aircraft, Russia is ready to supply computer-aided training systems, modern flight simulators, and integrated after-sales service programmes.

One of the major advantages of the MiG-35 fighter is its cost, as well as cost per flying hour, which is lower than costs demanded by rivals. Moreover, the MiG-35 fighters have flight performance characteristics comparable with the 5th generation fighters in a variety of parameters. This makes the aircraft very attractive for India in terms of cost vs efficiency relationship.

Today, Russia is ready not only to supply aircraft, but also to launch local production, create new jobs and execute certain works in the territory of the Republic of India, improve the combat effectiveness of the Indian Air Force while providing personnel training, transfer required technologies and documentation to Indian partner enterprises. The proof of relevant experience gained by Russian aircraft makers is a service centre, now being built in India for repair and maintenance of assemblies and units of the MiG-29UPG aircraft. Works under these projects are conducted in close co-operation with the Indian Air Force, the Corporation “MiG” and Indian production companies.

Russia considers it possible to transfer technologies for the MiG-35 development and to launch production in India. This gives us a chance not only to optimize the project costs and to master advanced technologies, but also to intensify further development of the bilateral co-operation and to strengthen confidence between the parties.

Evolutionary transition to advanced fighter models of the same type is reasonable not only in terms of economy, but also in terms of practical application. Such an approach allows to reduce the time needed for flight and service personnel of the Indian AF for refresher training and will not require any fundamental changes in the infrastructure of aerodromes. Experts call such an aircraft the “legacy plane”, i.e. a plane with its own history, and this is one of the foundations of high export potential of the MiG-35 light fighters.