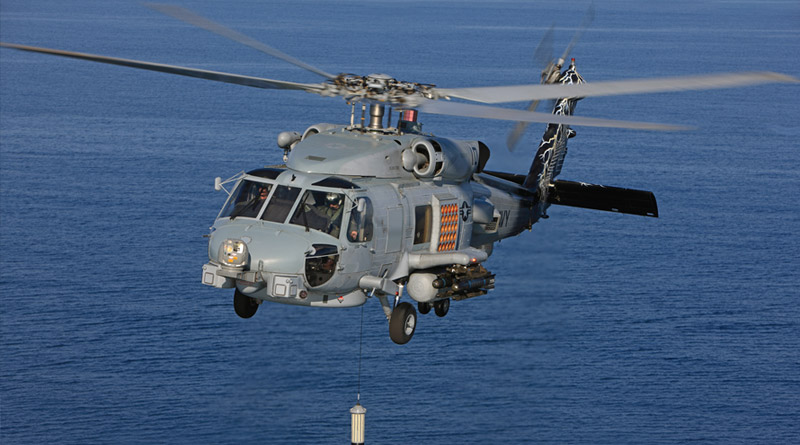 Lockheed Martin on 14 May 2020 was awarded a USD $904,800,000 contract for the production and delivery of three MH-60R Seahawk maritime aircraft for the Navy and 21 MH-60Rs for the government of India. The work is expected to be complete by September 2024.

“India’s selection of the MH-60R ‘Romeo’ multi-mission helicopter provides the Indian Navy with the most advanced anti-surface/anti-submarine warfare helicopter in operation today. The MH-60R offers the lowest risk and best value option because the aircraft is already in full production and globally supportable,” Director of Sikorsky Naval Helicopter Programs Tom Kane said.


“The MH-60R provides a vital capability in the Indo-Pacific region and equips the Indian Navy with a tremendous capability that is ready for operations immediately upon delivery. We thank the government of India for its confidence in Sikorsky and look forward to supporting our partners in the Indian armed forces over the next 30 years,” he added.

With this, India becomes the latest country to add the MH-60R Seahawk maritime helicopter to its fleet. It will replenish India’s aging fleet of British-made Sea King helicopters and will add to the forces ability to perform anti-surface and anti-submarine warfare missions.

MH-60R Seahawk, according to the industry experts, is designed to operate from frigates, destroyers, cruisers and aircraft carriers and is touted as the “world’s most advanced maritime helicopter”.

More than 300 MH-60R are in operation worldwide, according to Lockheed Martin. It is a part of the fleets of the US Navy, Royal Danish Navy, Royal Australian Navy, to name a few.

In April 2019, the US approved the sale of 24 multi-role MH-60 ‘Romeo’ Seahawk helicopters to India at an estimated cost of USD 2.4 billion.