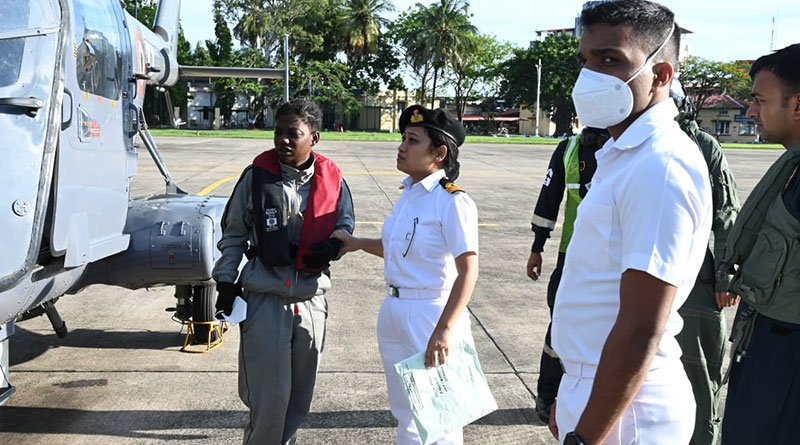 An Advanced Light Helicopter (ALH) from INS Garuda of the Southern Naval Command of the Indian Navy undertook a Medical Evacuation (MEDEVAC) of a female crew of Seychelles Coast Guard Ship (SCGS) Zoroaster on 14 April 2022. The ship was being escorted by INS Sharda and was on voyage from Kochi to Victoria, Seychelles. On April 14, a crew member of SCGS Zoroaster, reported severe abdominal pains and was shifted to INS Sharda by boat, for further medical management and evacuation.

Immediately on receipt of information, an indigenously built Advanced Light Helicopter (ALH) and a Seaking 42C helicopter were prepared at Kochi for the medical evacuation. An ALH helicopter with a Naval Medical Officer onboard took off from INS Garuda to effect rendezvous with INS Sharda which was approximately 15 km north of Minicoy Island. The aircraft landed back at Garuda, with the patient at 1650 h. The patient was immediately taken to INHS Sanjivani by ambulance. The patient is under observation and her condition is ‘stable’.