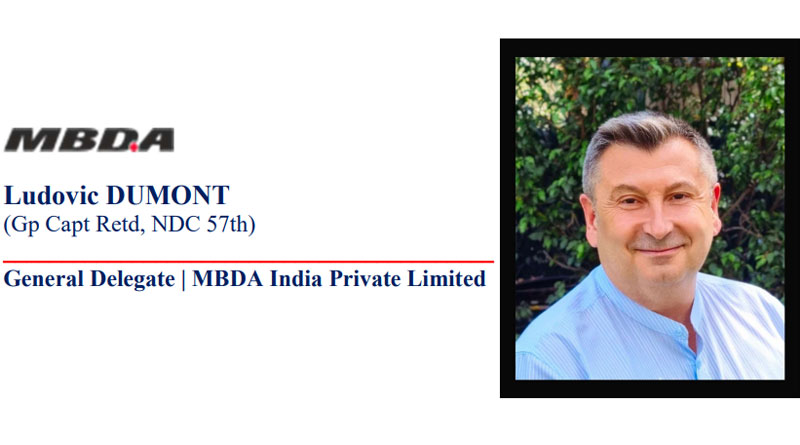 Ludovic Dumont has taken over as Head of MBDA India from Boris Solomiac who moves back to France.

Before joining MBDA in 2022, Ludovic served in the French Air Force for 33 years as a helicopter pilot and retired as a Group Captain this year.

During his career in the Air Force, he served in many operational and staff appointments ranging from Search and Rescue duties to Joint Special Operations Command before assuming higher responsibilities in various Headquarters. He has been posted on various International Relations assignments, including as a Defence Attaché in the Embassy of France in New Delhi from 2018 to 2021.

He is an alumnus of National Defence College (India), 57th Course, with a Master of Philosophy from Madras University. Ludovic has been awarded various gallantry medals, including Officer of “Légion d’Honneur”, Officer of “Ordre National du Mérite” and Cross for Military Valour for gallantry in combat, one with Corps distinction, and one with Brigade distinction. He has a private pilot’s aircraft license and has been a Flight Instructor on various types of aircraft, totalling over 4,500 flying hours, which included 156 combat missions.