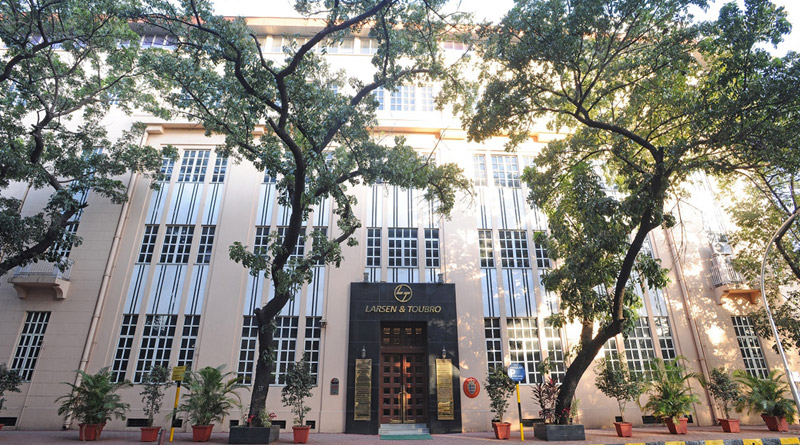 Larsen & Toubro, the first Private Sector Indian shipyard to design, construct, and deliver Offshore Patrol Vessels, is building a series of in-house designed 7 next-generation OPVs for the Indian Coast Guard against 2015. They are due for delivery between 2018-2021

Delivered ahead of schedule, the first OPV, despite being First of Class (FOC), was delivered to the Indian Coast Guard in April 2018. The second one, launched in January 2018, is already getting ready for sea trials and is scheduled for delivery ahead of time. The system integration for the 3rd and 4th OPVs is already in progress and will be launched later this year.

L&T has achieved a unique distinction of being on or ahead of schedule in all Naval shipbuilding programs entrusted till date. Featuring a shiplift system along with multiple dry and wet berths that enables concurrent construction of multiple ships, L&T’s shipyard at Kattupalli is state-of-the-art. Building the OPVs modularly under covered workshops and finishing on building berths on land yields unparalleled pace along with a very high level of completion before launch and faster induction in defence service.

Director (Defence) and Member of L&T Board, Jayant D Patil said: “In the Defence Segment, L&T has an impressive reputation in in-house design, development and delivery of equipment, systems and platforms and has gained the confidence of our esteemed customers. Among Indian shipyards, we are unique to have the financial strength, track record, and huge capacity to build &deliver complex defence vessels on time.”

MD & CEO L&T, Vice Admiral B Kannan (retd.) said: “The keel laying of 5th and 6th OPVs comes close on the heels of delivery and commissioning of first OPV of the series, ICGS Vikram in April 2018. The vessel, despite being First of Class, was completed ahead of contracted schedule, which is a record in the five-decade-long history of Defence Shipbuilding in India. The ship’s build period, which is reckoned from keel laying to delivery, was accomplished in an impressive time frame of fewer than 24 months and being substantially bettered on follow-on ships.”

Earlier in June 2018, two Interceptor Boats (IBs) designed and built by L&T were commissioned into the Indian Coast Guard, up to two years ahead of schedule. These ships are 39th and 40thvessels of the series of 54 interceptor boats being built by L&T. All these ships are presently deployed by the Indian Coast Guard across the Indian coastline to strengthen coastal security and augment patrolling to prevent infiltration, smuggling and illegal fishing. This proves that L&T has had an impeccable record of delivery of Defence vessels since inception

L&T delivered India’s first indigenously designed and built Floating Dock (FDN to the Indian Navy earlier in 2018. The Floating Dock can dock warships/submarines of up to 8000 tons of displacement. Presently, the FDN, stationed at Andaman & Nicobar Islands, was formally inducted into the Naval Service in May 2018 at a ceremony at Port Blair. The FDN system offers a cost-effective and versatile solution for concurrent dry docking ships/submarines which has attracted the attention of many prospective users.

The Ministry of Defence of Socialist Republic of Vietnam has entrusted L&T to design and construct High-Speed Patrol Vessels for the Vietnam Border Guard. The mandate is thus far the largest export order received by any Indian Shipyard.

Such projects are befitting examples of the ‘Make in India’ initiative of the government. Ships such as OPVs, FDN and IBs have all been designed and constructed completely in-house. Additionally, L&T supports Indian Navy and Coast Guard for Repairs and Refit services at Kattupalli shipyard.