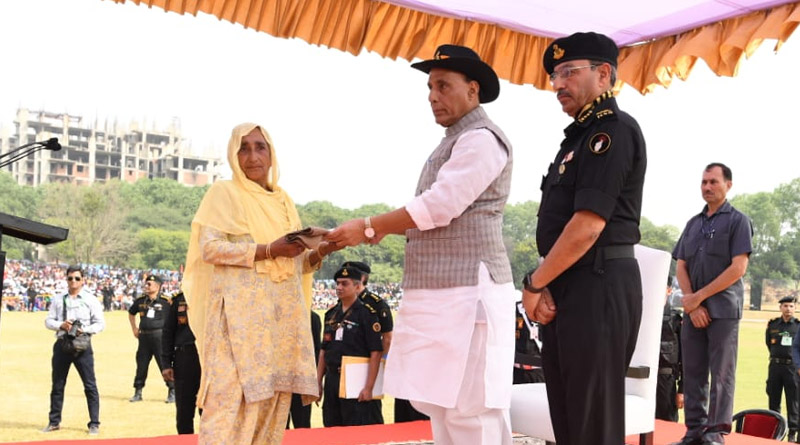 Regional hubs of NSG are being set up to reduce response time in major terror attacks. New NSG unit in Jammu and Kashmir announced

Speaking about the growing threat of “ultra-attacks” union home minister Rajnath Singh said “The ‘do it yourself’ and ‘lone wolf’ kind of terror attacks are a major challenge for us and for security agencies.”

Addressing the attendees at the 34th raising day celebrations of the National Security Guard at the Manesar garrison on October 16, Rajnath Singh said terrorists were using social media for publicity and cited examples of vehicle-based attacks in New York and London. He said that the NSG was upgrading its skills, techniques, and arsenal to counter such threats.

Rajnath Singh announced the deployment of one full unit of National Security Guards (NSG) in Jammu and Kashmir as he asserted that there was best coordination among security forces in the State, which has resulted into various successful operations against the militants. He added that regional hubs of NSG are being set up to reduce timing of response in major terror attacks but maintained that first respondent in any terrorist attack should be the State Police.


Director General, National Security Guard, Sudeep Lakhtakia, IPS stated that the NSG being a World Class Zero Error Force has not only developed its operational capabilities but has also put in tremendous efforts in capacity building of the state police forces

At the occasion, NSG commandos displayed their prowess by conducting demonstrations in counter-terrorist operations using drones, parkour, canine units and air-dropping of troops.

Rajnath Singh also launched the newly created website and Twitter handle of the NSG. He also presented awards and commendations to security force personnel. Family members of 14 martyrs were honoured by the Home Minister during the function.