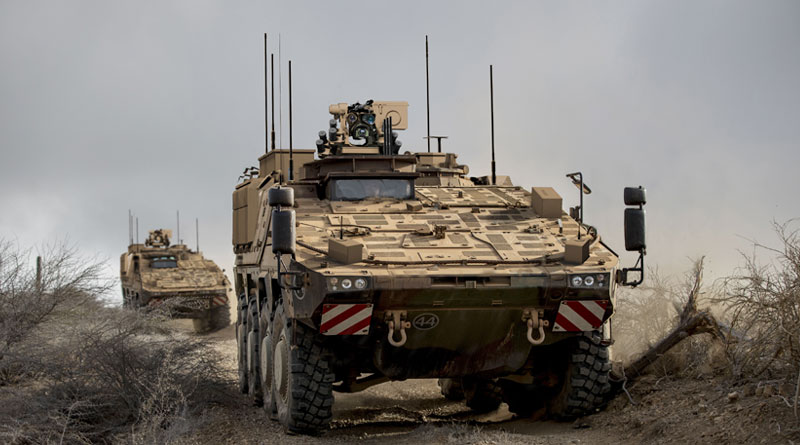 KMW , an ARTEC consortium member, has concluded a contractual agreement with WFEL for the production over ten years of Boxer Vehicle Drive Module fabricated hulls – together with a further contract for the Assembly, Integration and Test (AIT) of approximately half of the 500 vehicles to be supplied to the British Army, under the £2.3bn contract signed with ARTEC at the end of 2019.

This next phase of the Boxer MIV programme also embeds within WFEL welding practices specific to the manufacture of armoured steel hulls for highly protected vehicles, further developing a key skill for the UK Military Land sector.

A statement from said that it is already accredited to International Welding Standards TL2350-0003 and ISO 9606-1 and a number of WFEL personnel have, for many months, been seconded to Germany to learn the intricate details of this specialist skill, under the expert tuition of KMW’s experienced technicians. On successful completion of their rigorous training, these personnel will play a crucial part in the production of the Boxer Vehicles in North West England.

The signing of these contracts now allows further mobilisation of WFEL’s UK supply chain, including placement of firm orders to procure a variety of the machined and fabricated sub-assemblies necessary for manufacture of the Boxer hulls.


Following extensive Technology Transfer programmes and close collaborations with the ARTEC consortium, WFEL continues to develop a robust UK supply chain with technically capable suppliers. Detailed discussions with UK fabrication and machining SMEs are now going ahead for the provision of specific Boxer Drive Module hull assembly components. This further development of WFEL’s supply chain is expected to both sustain and create jobs around the UK.

Additionally, WFEL will further ramp-up its recruitment of yet more specialist Operational and Fabrication personnel.

WFEL expects to create around 120 new long-term jobs at its Stockport site, supporting the UK defence industry and the UK economy.

Ian Anderton, WFEL’s Managing Director, said that the Boxer vehicles were amongst the most advanced armoured vehicles in the world and WFEL’s new state-of-the-art Boxer production hall, currently nearing completion, would be one of the most advanced military vehicle manufacturing facilities of its type. They had already contracted with a number of UK suppliers for the construction, site infrastructure and security facilities for this new production facility.

“The signing of these latest contracts with KMW means that WFEL can confidently move forward to implement the next stages of the UK Boxer manufacturing programme. In doing so, we are offering a significant number of long-term career opportunities for highly skilled personnel to work on producing these advanced military vehicles, which will provide key defence capabilities for the British Army as part of its Strike Brigade. We look forward to engaging with yet more supply chain partners as we move another step closer to the first of these uniquely modular military vehicles rolling off our production lines and being delivered to the British Army,” Anderton said.