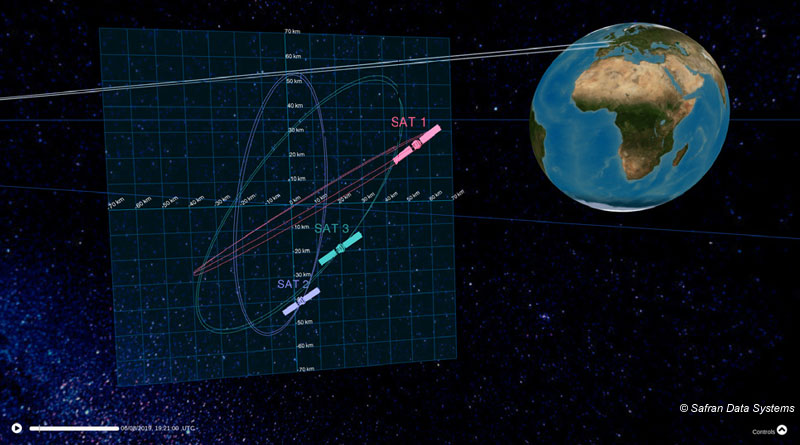 The French Space Command in a bid to expand and diversify its sources of information concerning the space environment has selected WeTrack, a global network of radio-frequency (RF) sensors designed, owned and operated by Safran Data Systems. The WeTrack service tracks geostationary satellites, detects their maneuvers and monitors geostationary orbit in general.

With the advent of new space-borne threats and the growing number of objects orbiting the Earth, space surveillance has become a major challenge for nations seeking to protect their strategic and economic interests.

“In 2019 the Minister of the Armed Forces therefore announced the creation of a program called ARES (Action et Résilience Spatiale), covering all space surveillance and action capabilities. Our strategy recommends a mixture of legacy capabilities and procurement of services. We quickly signed an initial service contract with Safran Data Systems, providing for the delivery of radio-frequency sensed data, improving our ability to detect, locate and especially characterize  active objects in space. This is an invaluable asset, and provides an excellent fit with optical observation capabilities,” Friedling added.

Jean-Marie Bétermier, CEO of Safran Data Systems, said, “The French Space Command’s selection of our service reflects global recognition for the people who designed and operate WeTrackTM. It’s also a clear signal from the space sector, showing that the convergence of commercial means and national missions is very much a reality, enabling us to rise to the emerging challenges of space surveillance and traffic management.”