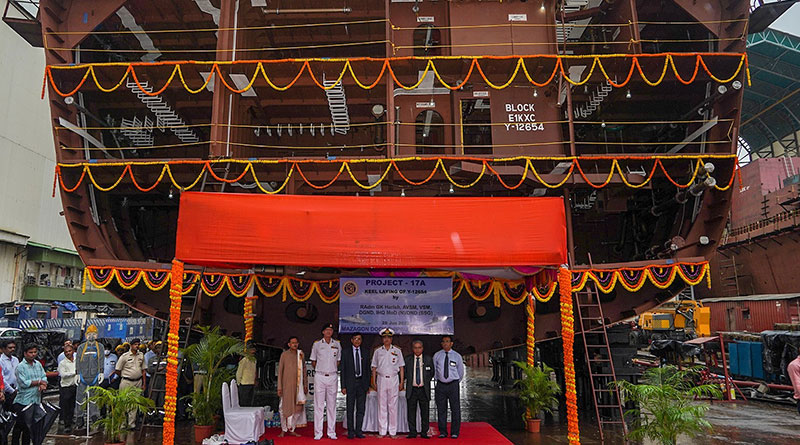 The keel for the seventh ship of the P17A project of the Indian Navy was laid on June 22 by Director General Naval Design (Surface Ship Group) Rear Admiral G.K Harish at Mazagon Dock Shipbuilders Ltd., Mumbai. The ceremony was performed in the presence of senior officials of the Indian Navy and MDL. Keel Laying is a major milestone activity in the construction of ships, symbolising formal commencement of the erection process of warships on the building berth.

In a press statement, the Navy stated, “The construction of these vessels is a major boost for Aatma Nirbhar Bharat and India’s Make in India commitment with orders for equipment and systems on indigenous firms including MSMEs amounting to indigenous content to the order of 75 percent.”

Construction of P17A ships differ in the very concept of warship building by way of adoption of the modern technology ‘Integrated Construction (IC)’ where the blocks are pre-outfitted before joining to reduce the build period of warships. When commissioned the platforms will enhance the combat capability of the Indian Naval fleet.