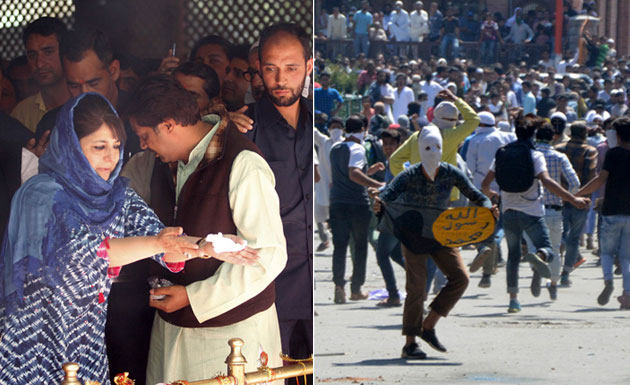 The annual Hindu festival at the Kheer Bhawani Temple at Tulla Mulla Ganderbal was attended by the Chief Minister of J&K Mehbooba Mufti on June 2. Hundreds of Hindu devotees attended the prayers at this historic temple dedicated to the Hindu goddess Kheer Bhawani.

Meanwhile the youth continues with their protests outside main Jamia Masjid in old city of Srinagar.

In another development, militants attacked an army convoy near Hillar, Qazigund on the Srinagar-Jammu highway. Several soldiers are injured in the attack and a search operation has been launched to nab the attackers.