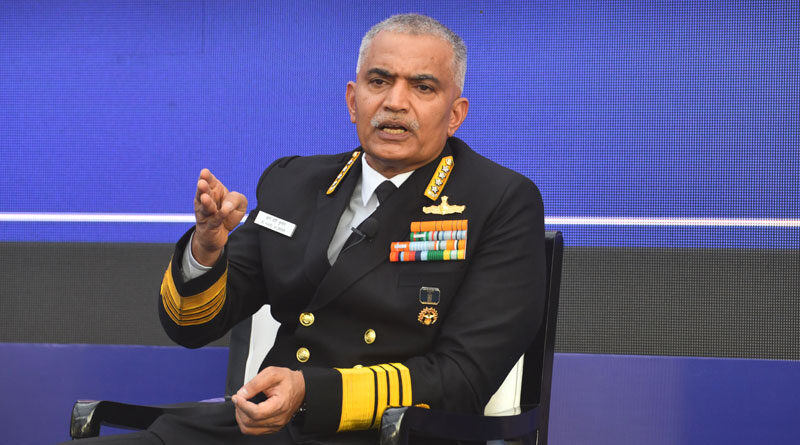 At the annual press conference, Chief of the Naval Staff Admiral R Hari Kumar said that the most notable aspect was commissioning of India’s first indigenous Aircraft Carrier INS Vikrant on September 2 this year. He said, “Vikrant’s commissioning was a manifestation of sustained efforts of generations of naval leadership—planners, designers, yard workers, industry partners and numerous others.” He added that the ship will remain the torchbearer of Atmanirbhar Bharat inspiring the future generations.

Speaking about the new naval ensign, he said, “At the same time, Vikrant’s commissioning, was also marked by another momentous change, as the Navy adopted a new Naval Ensign. This change, reflecting the larger National intent to shed colonial vestiges, was brought about in a swift and decisive manner—reflecting the Navy’s organisational agility and responsiveness.”

The Tiranga was hoisted on six continents by seven Indian naval ships on August 15.

In driving self-reliance and technology development, the Indian Navy is well established on a path of budget optimisation. The Navy’s share of the Defence Budget this year was 17.8 percent. The Chief added that in using this judiciously, we have achieved a Revenue to Capital expenditure ratio of 32 percent-68 percent—which accords the navy flexibility in pursuing its capability development plan.

In addition, he said that a critical aspect related to capability accretion, is human resource development. Towards this end, implementation of Agnipath has been a much-needed “transformational change”. He said that the navy has already inducted the first batch of Agniveers—comprising 3000 recruits who are currently undergoing training at the training base—INS Chilka. This batch of Agniveers includes 341 women trainees.

While the navy already has women officers posted on frontline units, they will soon be joined by women in all ranks. 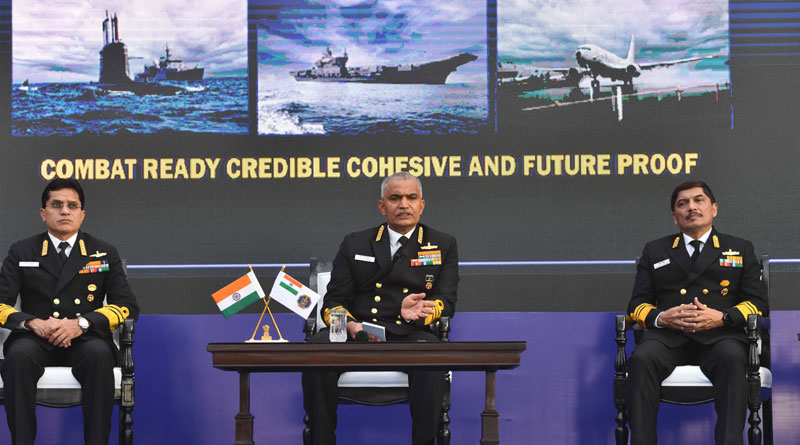