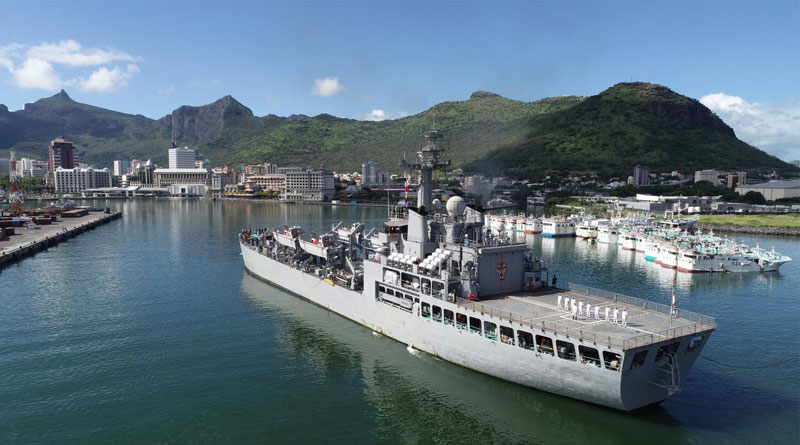 INS Shardul, a ship of the First Training Squadron of the Indian Navy (IN) is visiting Port Louis, Mauritius from 10 to 13 March as part of an overseas deployment to Southern Indian Ocean nations. The ship will undertake EEZ surveillance of Mauritius, in coordination with Mauritian National Coast Guard as part of the deployment, and will also participate in the National Day celebrations of Mauritius on 12 March during the port call.


Indigenously built at Garden Reach Shipbuilders and Engineers (GRSE) Kolkata and commissioned in the Indian Navy in 2007, INS Shardul is an amphibious warfare ship capable of carrying battle tanks, troops and an integral helicopter. The ship has also played an important role in Humanitarian Assistance and Disaster Relief (HADR) operations in the recent past. Notable among these include delivery of 600 Tons of food grains to drought hit Madagascar in March 2020 and operation Samudra Setu for evacuation of overseas Indians in June 2020 during COVID-19 pandemic.