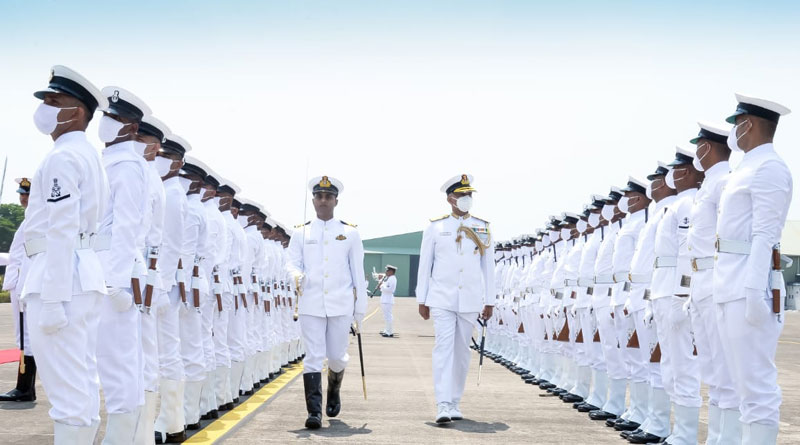 
This is the maiden visit of the Admiral to Goa Naval Area after assuming command as FOC-in-C (West) on 28 February. Upon arrival, the Admiral was received by the Flag Officer Commanding Goa Naval Area and accorded a Guard of Honour. Thereafter, the C-in-C reviewed various operational assets as well as amenities for naval personnel at Goa and interacted with officers, sailors and defence civilians. On 12 March, the FOC-in-C West called on Minister of State for Defence Shripad Naik, at his residence and enquired after his well-being.