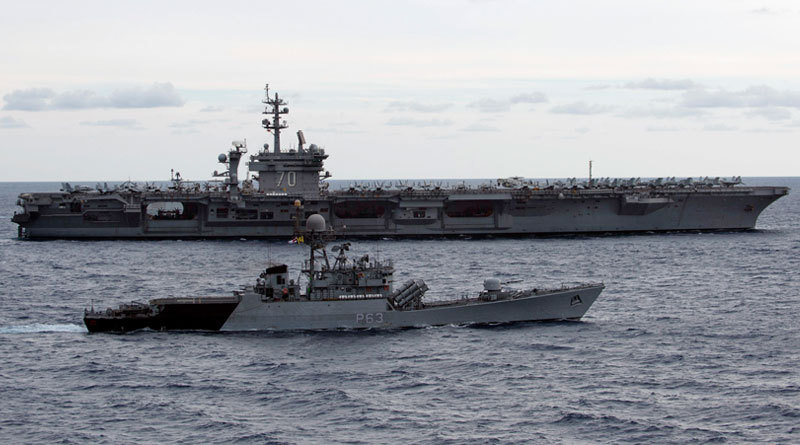 The communication link has been set up under the landmark COMCASA that was inked last year following the strategic 2+2 dialogue. With COMCASA signed, India will now be given access to secure US communications equipment including encrypted data links.

According to RAdm. V. Batra, (retd) the signing of COMCASA and the subsequent set up of the secure communication link will be crucial in augmenting India’s MDA. Before COMCASA, anything acquired from the US (like C-130J’s and P-8I’s) didn’t come with their encrypted communication gear which forced India to depend on ‘less-secure’ commercial communication systems on otherwise very ‘high end’ platforms.


RAdm. Batra further explained that under COMCASA, both sides will eventually operate on the same communication systems as their American counterparts which will also help in building interoperability between the armed forces of both countries.

COMCASA will also support encrypted datalinks like Link 22 which can link ground, air, surface, and subsurface assets to create a common tactical picture thus also giving a boost to India’s network-centric warfare (NCW) capabilities. India’s military assets will now be able to connect to the Combined Enterprise Regional Information Exchange System (CENTRIXS) communications grid on a permanent basis. Earlier, Indian warships could access the CENTRIXS grid only during multilateral exercises wherein the communication equipment would be installed on Indian warships only for the duration of the exercise.