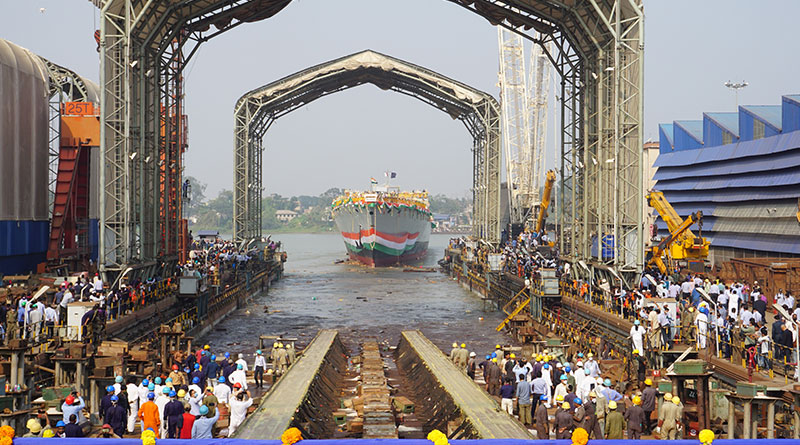 On 17 May 2022, two frontline warships of the Indian Navy, Surat, a Project 15B Destroyer, and Udaygiri, a Project 17A Frigate will be launched concurrently at Mazgaon Docks Ltd, Mumbai. Defence Minister Rajnath Singh will be the Chief Guest for both the events.

The Project 15B class of ships are the next-generation stealth guided-missile destroyers of the Indian Navy being built at the Mazgaon Docks Ltd, Mumbai.

‘Surat’ is the fourth ship of Project 15B Destroyers which heralds a significant makeover of the P15A (Kolkata-Class) Destroyers.

‘Udaygiri’, named after a mountain range in the state of Andhra Pradesh, is the third ship of Project 17A Frigates. These are follow-on of the P17 Frigates (Shivalik Class) with improved stealth features, advanced weapons and sensors and platform management systems. ‘Udaygiri’ is the reincarnation of erstwhile ‘Udaygiri’, the Leander Class ASW Frigate which was decommissioned in 2007. Under the P17A programme, a total of seven ships, with four at MDL and three at GRSE are under construction.

The first two ships of the P17A Project were launched in 2019 and 2020 at MDL and GRSE respectively.

Both, 15B and P17A ships have been designed in-house by the Directorate of Naval Design (DND).