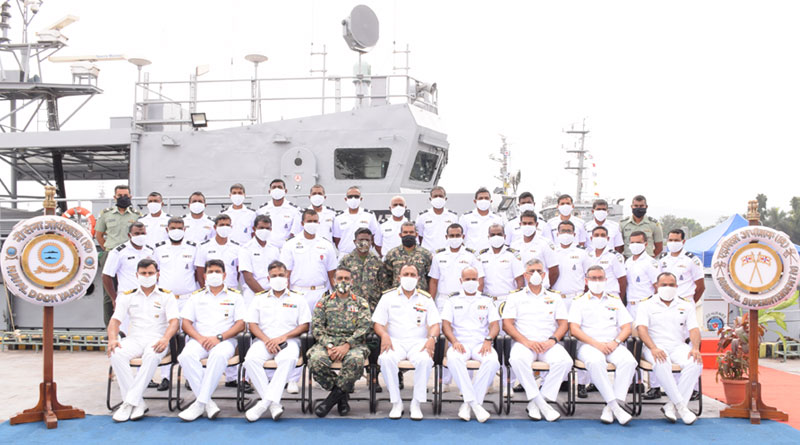 A statement from the Indian Navy said, “Colonel Ahmed Thohir, Defence Advisor of Maldives to India, attended the ceremony wherein he conveyed the satisfaction of the Maldives Government and also read a message from the Minister of Defence, Government of Maldives on the excellent conduct of refit amidst the pandemic and thanked the Government of India, Indian Navy and HQENC for smooth and safe completion of the refit.”

The ship arrived in Visakhapatnam for its refit on 22 February. Notwithstanding the limitations imposed due to COVID19 pandemic since March 20, dedicated efforts and careful planning and execution of works by Naval Dockyard with adequate safety enabled major refurbishment/replacement of main propulsion and auxiliary equipment. Renewal of ship’s power generation equipment has provided a major fillip to the ship’s endurance and capability. Further, several systems and equipment were overhauled successfully to ensure better performance and sustainability of the ship for service with the Maldives Coast Guard during the upcoming operational cycle. The ship was put through extensive harbour and sea trials, to achieve full operational readiness.


MNDF CGS Huravee (originally INS Tillanchang) is an indigenously built Trinkat class patrol vessel constructed at Garden Reach Shipbuilders and Engineers, Kolkata in 2001. Subsequently, it was gifted to Maldives by the Government of India in 2006 to strengthen the partnership between the two nations and to cooperate further for the maritime safety of the Indian Ocean Region.

Rear Admiral Sreekumar Nair, Admiral Superintendent of Naval Dockyard, Visakhapatnam was the Chief Guest and addressed the gathering on the occasion. He highlighted the stringent measures incorporated during the refit to ensure that the crew and the Yard workforce remained free from COVID19 infection whilst meeting the refit targets.