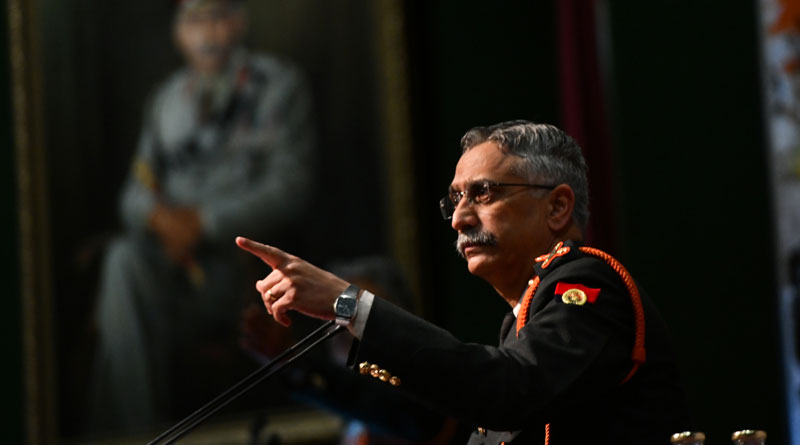 In his first press conference, COAS General M.M. Naravane said that the forces swear their allegiance to the Constitution and fight to protect the core values enshrined in it

Army Chief General Manoj Mukund Naravane on 11 January 2020 said that the forces swear their allegiance to the Constitution and fight to protect the core values of justice, equality and fraternity, enshrined in it.

“As the army, we swear allegiance to the Constitution of India, and that should guide us in all our actions at all times,” the Army Chief said while addressing the media in New Delhi ahead of 72nd Army Day on January 15.

When asked if he agrees with the statement of his predecessor General Bipin Rawat on the students’ protests against the Citizenship Amendment Act (CAA), General Naravane said, “We respect the fundamental rights of the citizens. We are an army of the people and for the people, and whatever we do, will be for them”.

Gen. Naravane, who on January 9 visited Siachen base camp to review the operational preparedness, stressed upon the strategic significance of the battlefield considered as the world’s highest and coldest.

“Siachen is strategically very important to us. That is one area which faces the Western and the Northern front. It is from here the collusion (between Pakistan and China) can happen”, he said.

Talking about borders, General Naravane explained the need for re-balancing the force on both Pakistan and China border, saying, “Rebalancing is needed as both northern and western borders require equal attention.”

In response to a question on Pakistan Occupied Kashmir (PoK), the Army Chief said that we will take action when ordered. “There is a Parliamentary resolution that entire Jammu and Kashmir region is a part of India. If Parliament wants it, then that area (POK) also should belong to us. When we get orders to that effect, we will take appropriate action,” he said.

Concluding the media briefing, the chief said that while our (army’s) short term threat is counter-insurgency operations, the long-term threat will always be conventional wars. The future of war according to him will be ‘network-centric warfare in a complex environment’.