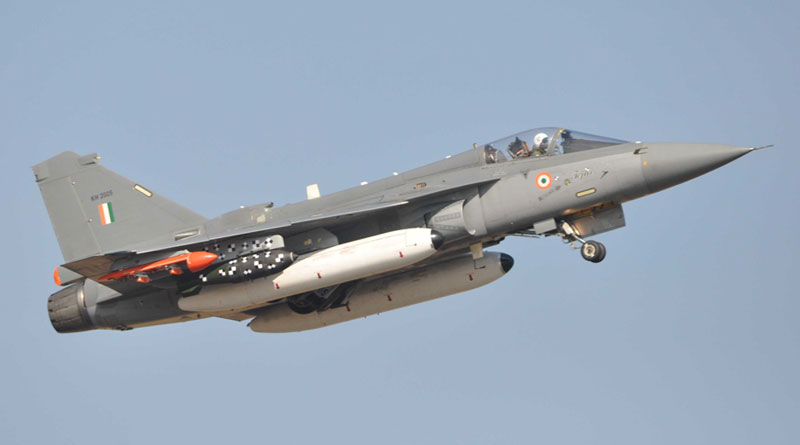 The defence ministry had cleared the proposal to buy 83 fighter jets from HAL in December 2017.

The Indian Air Force (IAF) will for the first time deploy the Light Combat Aircraft (LCA) Tejas in Exercise Gagan Shakti which is to take place in March-April, as per media reports. The Tejas is the country’s first indigenous LCA and has already been inducted into the ‘Flying Daggers’ 45 air force squadron.

The defence ministry had cleared the proposal to buy 83 fighter jets from Hindustan Aeronautics Ltd by issuing a request for proposal (RFP) in December 2017 at a cost of over Rs 50,000 crore. According to HAL, Tejas is a four-and-half generation world class fighter jet.


The induction and subsequent deployment is  be a big boost to the ‘Make in India’ progarmme with the efficacy of the indigenous aircraft development being steadily cemented.