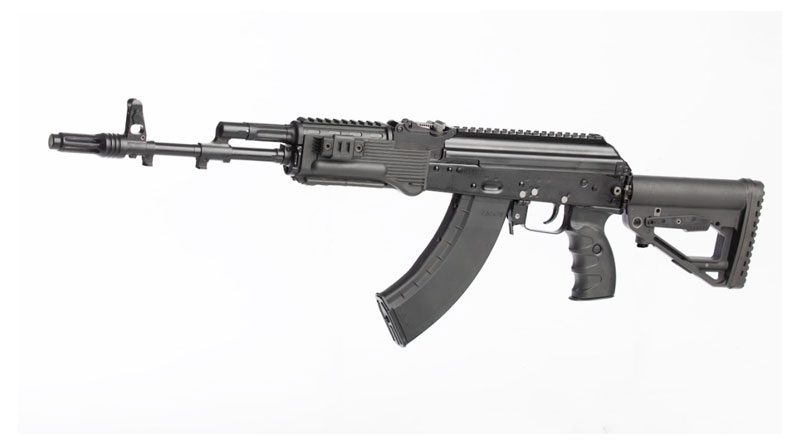 A contract for the delivery of the latest AK-203 assault rifles to India may be signed before the end of this year, the Kalashnikov firearms manufacturer told TASS, a Russian news agency on November 23.

“The project approval has entered the final phase and it may be signed already before the end of 2021 upon reaching key agreements,” Kalashnikov said.

In the process of preparing the contract, “Russian and Indian specialists carried out large-scale preparatory work,” it said.

Kalashnikov added that after the signing of the contract, the licensed production of the AK-203 assault rifles for the Indian armed forces will begin in early 2022.

The Indo-Russian Rifles Private Limited (IRRPL), a joint Russia-India rifle manufacturing facility was set up in Korwa, Uttar Pradesh in March 2019. The JV is expected to produce about 700,000 AK-203 assault rifles under the license, with the firearms production to be completely based on India’s soil.

Two years back, in 2019, India signed an intergovernmental agreement with Russia to develop the AK-203 rifles under a joint venture, Indo-Russia Rifles Private Limited (IRRPL). OFB will be the Indian partner whereas the other two Russian participants include Kalashnikov Concern and Rosoboronexport.

Even as the IRRL JV comes as huge relief to the Indian forces, the manufacturing hasn’t taken off. The same year the JV was signed, Indian Prime Minister Narendra Modi inaugurated the Korwa facility near Amethi in Uttar Pradesh, where the production is to take place. The facility has a license to build 7,50,000 Kalashnikov AK-203 7.62x39mm assault rifles.

In an interview with FORCE in April 2021, Kalashnikov had said, “In India, where military and police units face extremely harsh weather conditions, from minus 50 degrees in Kargil to plus 50 in Rajasthan, reliability of a weapon is of utmost importance. As the leading global producer of fire-arms, we are offering a weapon that the Indian soldiers can rely on and that will not let them down in any environment. Most Indian soldiers are already familiar with the AK platform, and the new AK 203 is compatible with all the new high-tech sighting systems that have been procured by Indian forces in the last few years. Procuring the AK 203, the Indian MoD will be getting the modern version of Kalashnikov with Transfer of Technology (ToT) implying that the know-how and technology will be mastered by the Indian industry.” The AK-203 rifle has a calibre of 7.62 mm, ammunition of 7.62x39mm, weighs 3.8 kg and has a sighting range of 800m with an ability to fire 30 rounds.”