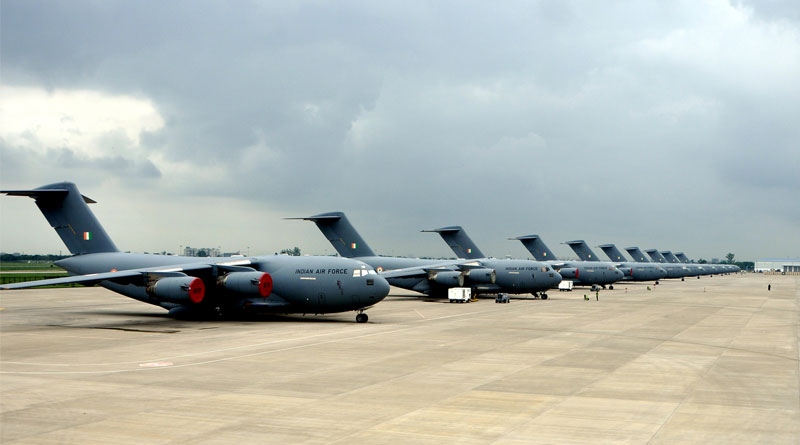 Indian Air Force’s C-17 Globemaster III fleet has completed 12,000 flight hours since the induction in 2014. The Indian Air Force operates 10 C-17s that are flown by 81 Squadron out of Hindon Air Force Station near Delhi.

Boeing congratulated the Indian Air Force and 81 Squadron on this feat.

The 70-tonne multi-service aircraft is capable of carrying large equipment, supplies and troops directly to small airfields in harsh terrain anywhere in the world.


The C-17 fleet of the Indian Air Force has so far conducted several relief and humanitarian missions both domestically and internationally.

India signed the USD 4.1 billion deal with the United States to procure ten C-17 heavy-lift aircraft in 2011 and, according to reports, was in talks with the U.S. for buying another C-17 aircraft to be added to the current fleet of 10.