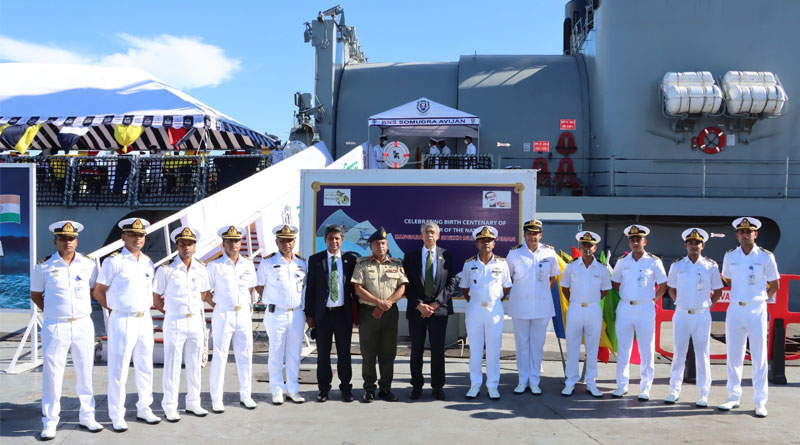 As part of Birth Centenary celebrations of the Father of the Nation, Bangabandhu Sheikh Mujibur Rahman, High Commissioner of Bangladesh, Muhammad Imran honoured 10 Indian Naval War Veterans from across the country acknowledging their contribution in the liberation of Bangladesh in 1971 at a function hosted onboard BNS Somudra Avijan at Visakhapatnam on 5 October 2021.

Flag Officer Commanding Eastern Fleet, Rear Adm Tarun Sobti was the Chief Guest for the event which was attended by CSO (Ops) Rear Adm Jyotin Raina, and other senior officers of the ENC.