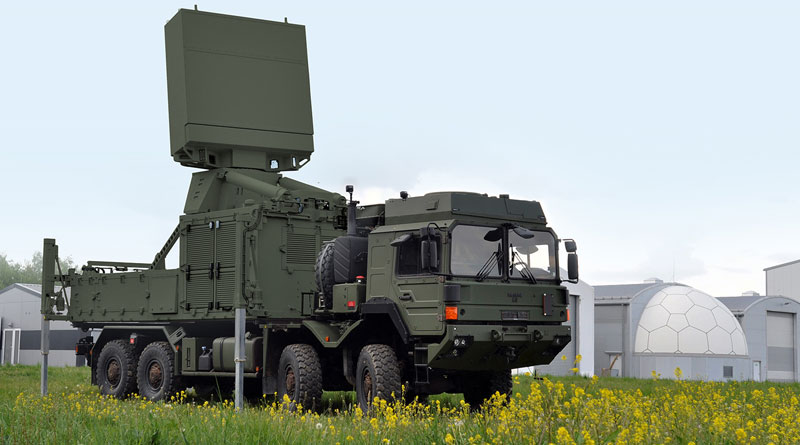 HENSOLDT is supplying four of its high-performance radars in record time for Diehl Defence’s IRIS-T SLM air defence system, which is designed to strengthen Ukraine’s defence capability. As part of an order from Diehl Defence worth a two-digit million-euro sum, one of the TRML-4D radars has already been delivered, with three more to follow within a few months.

CEO of HENSOLDT, Thomas Müller said, “The situation in Ukraine requires quick and decisive action. Due to a serial production line and the commitment of our employees, we are able to deliver such systems to protect the population in the shortest possible time.”

TRML-4D uses the latest Active Electronically Scanned Array (AESA) radar technology with multiple digitally shaped beams. It is capable of detecting, tracking and classifying various types of aerial targets, with a focus on small, fast and low-flying and/or maneuvering cruise missiles and aircraft, as well as hovering helicopters. It ensures the rapid detection and tracking of some 1,500 targets in a radius of up to 250 km.

HENSOLDT has decades of experience with radar systems for air defence and drives the further development of key technologies in this field. In addition to the TRML-4D multifunction radar, the company’s portfolio also includes the Twinvis passive radar, the Spexer product family and radars for securing ship and air traffic. HENSOLDT supplies radars for the new frigates and corvettes of the German Navy, for airspace surveillance and for approach control at airfields of the German Armed Forces, among others.

As purely German systems, HENSOLDT’s solutions are not dependent on foreign technology and therefore offer the highest degree of approvability and certifiability for operation in Germany, as well as the highest possible security of supply. At the same time, they are fully compatible with NATO’s integrated air defence architecture.