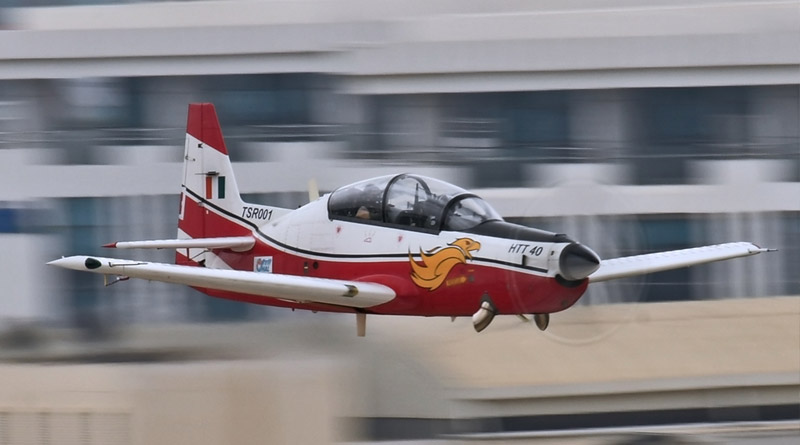 The most difficult phase during the design and production of an aircraft is the testing phase. Spin testing in particular is the most crucial and challenging aspect of flight testing of any aircraft development programme.

HAL’s HTT 40 (Basic Trainer Aircraft) began the most awaited phase of the `spin test’ by successfully entering in to two turn spin and subsequently recovering with the appropriate controls. Two HAL test pilots undertook spin entry testing on Friday at around 1.30 pm.

According Director (Engg and R&D) Arup Chatterjee, the PSQR test points have been met and the spin completion is the last metric which needs to be accomplished before the aircraft enters service.


The HTT 40 exceeds the Preliminary Services Qualitative Requirements (PSQR) on most fronts and offers a technologically advanced product than its competitor.

The project started its detail design in August 2013 with internal funding and made its way to the spin test stage in just a matter of five years. The Defence Acquisition Council (DAC) has approved procurement of 70 Basic Trainer Aircraft from HAL.

Madhavan congratulated the design and the project teams for timely start of the critical phase. The production clearance for HTT 40 is expected to be accorded by the end of this year.