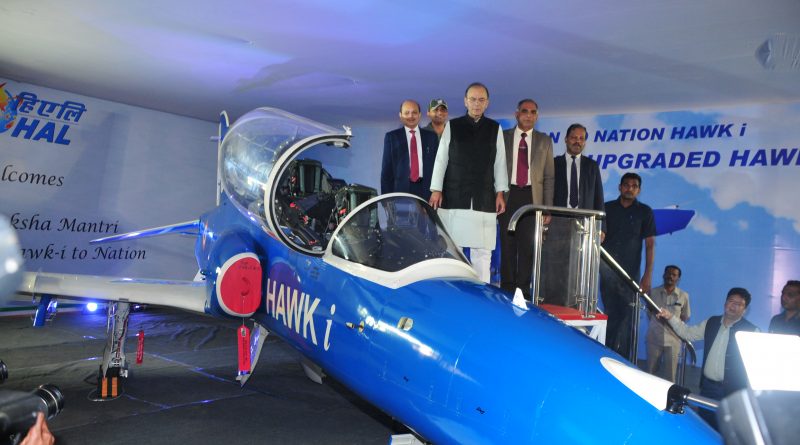 The minister addressed high ranking officials and employees from HAL, Bharat Electronics Limited (BEL) and Bharat Earth Movers Limited (BEML) at the event. He said India was in a sensitive geo-political situation and it was imperative not to compromise defence preparedness. “It is extremely necessary that we came out of this mindset that India will always be a buyer of defence equipment. Our narrow policies in the past have contributed to this. A change was long overdue,” he reiterated. He added further that a combination of Defence Public Sector Undertakings (DPSUs)’s dedication and private sector’s entrepreneurship was needed to overcome this, and the government was making policies to facilitate it.

Official roll-out of the Hawk-i

The indigenous avionics would enable better autonomy in integrating weapons and assist in obsolescence management of the avionics and software.

Flight clearance of the avionics has been completed after 26 flights and HAL is targeting flight clearance for the complete aircraft early next year before offering it to the Indian Air Force (IAF).

Commencement of the LCH production

The event marks the commencement of the Limited Series Production (LSP) of the Rotary Wing R&D Centre designed LCH. The Defence Acquisition Council (DAC) had earlier cleared the acquisition of 15 aircraft for the IAF and the Indian Army under the IDDM category.

The DAC clearance came after Centre for Military Airworthiness and Certification (CEMILAC) certified the LCH with the existing stores.

The LCH has demonstrated capability to land and lift off from Siachen Range with considerable load, fuel and weapons.