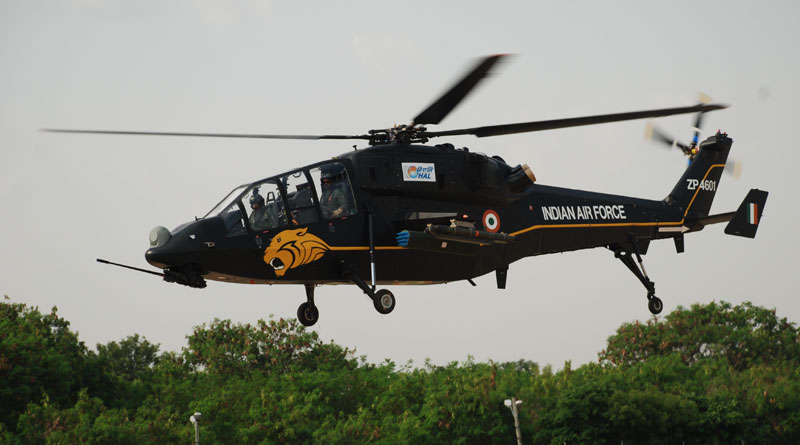 The RFP is for LCH which is a 5.5-ton class, combat helicopter designed and developed by HAL

In a boost to HAL has received a Request for Proposal (RFP) for 15 Limited Series Light Combat Helicopters (LCH) from the Indian Air Force (IAF) and the Indian Army on December 22. This comes close on the heels of HAL receiving RFP for supply of 83 LCAs (Light Combat Aircraft) just days ago.

LCH is a 5.5-ton class, combat helicopter designed and developed by HAL. It is powered by two Shakti engines and inherits many technical features of the Advanced Light Helicopter. The features that are unique to LCH are sleek and narrow fuselage, tri-cycle crashworthy landing gear, crashworthy and self-sealing fuel tanks, armor protection and low visibility features which makes the LCH lethal, agile and survivable.


The helicopter would have day/night targeting systems for the crew including the Helmet pointed sight and Electro-optical pod consisting of CCD camera/FLIR/Laser Range Finder(LRF)/Laser Designator(LD). The LCH is fitted with Self Protection Suite consisting of Radar/Laser Missile warning systems and Countermeasures dispensing system. Presently, four technology demonstrators are under flight testing. LCH has the distinction of being the first attack helicopter to land in Forward Bases at Siachen, 5400 meters above sea level. The helicopter participated in IAF’s ‘Iron Fist 2016’ exercise in March 2016 and displayed its rocket firing capabilities in its weaponised configuration.

On August 26, the Defence Minister launched the production of LCH at Bengaluru and IOC documents of the basic version were handed over to HAL by CEMILAC.