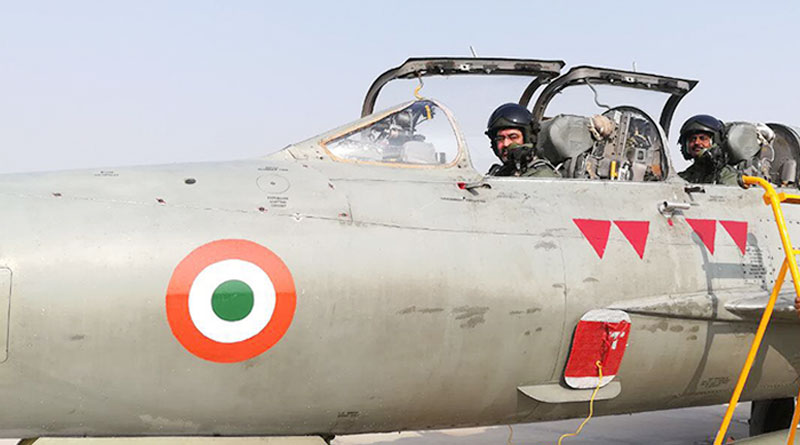 Chief of the Air Staff, Air Chief Marshal BS Dhanoa flew the last sortie of the ‘Hawkeyes’ during his three-day visit to Air Force Station Nal, one of the premier air bases operating the MiG-21 aircraft.

‘Chief of the Air Staff, callsign ‘Air Force One’, flew the last sortie of the ‘Hawkeyes’ thus bringing a glorious end to the reign of the T-96 aircraft, with the Squadron,” a defence statement said

He was received by Air Commodore Rajat Mohan VM, Air Officer Commanding Air Force Station Nal and other senior officers of the Station, where 108 Squadron, the ‘Hawkeyes’ is being Number Plated.


Air Chief Marshal Dhanoa also addressed and interacted with personnel of the Station during the course of his visit, starting December 28, and emphasized on the importance of aerospace safety and its various aspects. He also stressed on the physical security of the base.

The Chief congratulated and conveyed his best wishes to all the personnel and their families on the New Year.