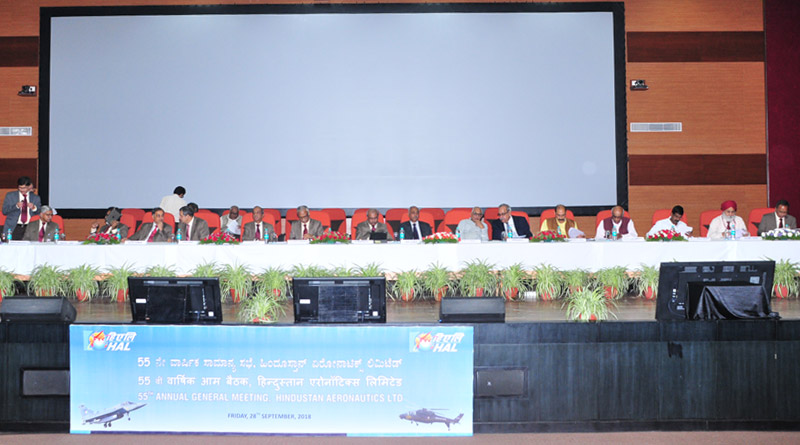 Bengaluru: Hindustan Aeronautics Limited (HAL) held its 55th Annual General Body Meeting of Shareholders at the new HAL Management Academy (HMA) campus at Bengaluru on 29 September 2018. The meeting was the first after listing.


Madhavan acknowledged the trust and confidence of the shareholders and reiterated his commitment to pursue growth opportunities for the Company. He added that in spite of the challenges, the Company has achieved significant growth in revenue and profits.

Highlights of the 55th Annual Report for the FY 2017-18 which was circulated to all the stakeholders includes: