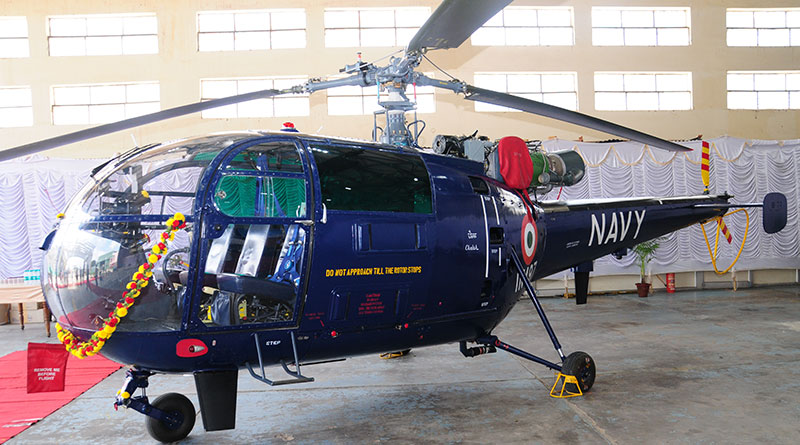 The state-owned defence PSU Hindustan Aeronautics Limited (HAL) HAL delivered a Chetak helicopter ahead of schedule to Indian Navy. The documents were handed over by S. Anbuvelan, general manager of Helicopter Division HAL to Cmde Vikram Menon, VSM, CSO (Air), HQNA in an event held at HAL facilities on 24 July 2019. HAL had entered into a contract with the Indian Navy in August 2017 for supply of eight Chetak helicopters with the delivery schedule of first two in August 2019 and balance in August 2020.

These helicopters are fitted with latest communication and navigation systems developed by HAL and the Company is committed to provide continuous support to the Chetak fleet, says CMD HAL R Madhavan.

Speaking on the occasion, Cmde Menon said, “It is an honour to accept the first production helicopter one month ahead of schedule. We are aware of the vital role played by Chetak helicopters in Indian Naval aviation for the past five decades. HAL and Indian Navy have shared a long fruitful relationship. We appreciate HAL’s commitment and look for continued support in future”.


CEO Helicopter Complex GVS Bhaskar said, “HAL has successfully restarted the Chetak helicopter production line after incorporating latest technologies. We are committed to deliver the remaining seven helicopters as per the delivery schedule,” he added.

HAL has so far produced more than 350 Chetak helicopters and delivered around 80 to the Indian Navy.   At present, 51 helicopters are flying with the Navy and the serviceability has always remained high. HAL is supporting Navy for periodical servicing of these helicopters, clearance of spares, deputation of teams for defect rectification and any other requirement for maintainability of these helicopters. 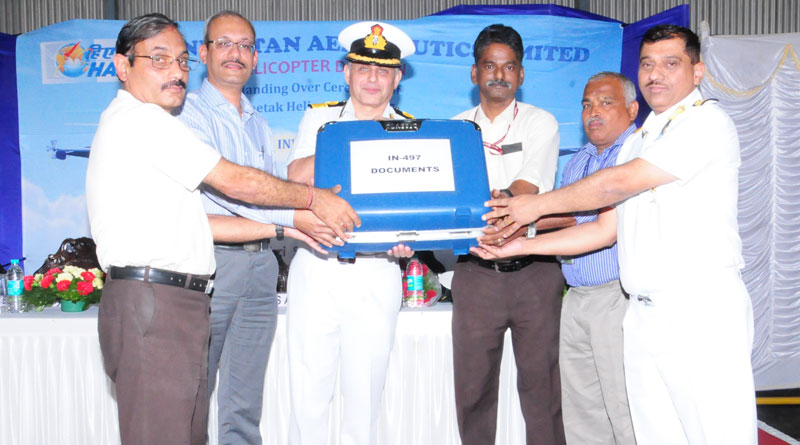