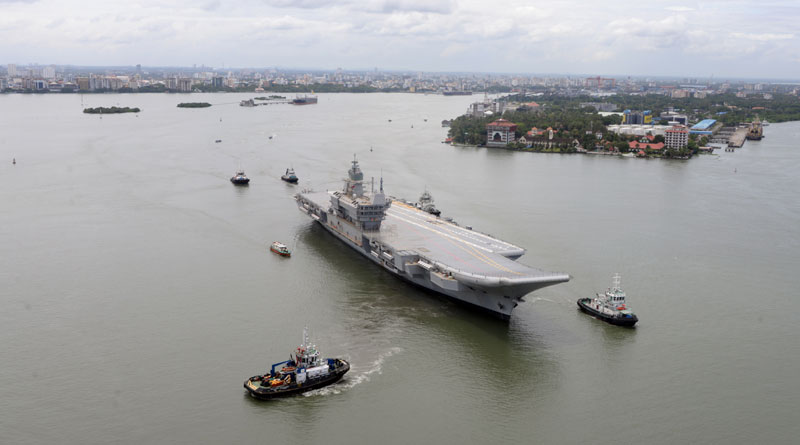 Commissioned into the Indian Navy on September 2, aircraft carrier INS Vikrant is powered by four LM2500 engines giving it the capacity of 88 MW and maximum speed of 28 knots. With the commissioning of the Vikrant, the Indian Navy has 18 GE Marine engines in service, with additional engines in production to support the ongoing Project 17A ship construction.

The IAC project started in 2007, and when selected, GE Marine announced the LM2500 marine gas turbines would power the ship and be built by Indian partner Hindustan Aeronautics Limited (HAL). “On this monumental day for the Indian Navy, having commissioned their first indigenous aircraft carrier, GE Marine is proud to be the power behind its propulsion. We are committed to supporting India’s indigenous military programs through our long-standing in-country relationships,” said vice president & general manager, GE Marine, Kris Shepherd.

For more than 30 years, GE has worked with HAL, which assembles, inspects, and tests all LM2500 gas turbines built for the Indian Navy. The LM2500 gas turbine kits were manufactured at GE’s Evendale, Ohio, facility and assembled and tested by HAL’s Industrial & Marine Gas Turbine Division in Bangalore, India. HAL is one of the world’s leading aerospace companies involved in the manufacture and maintenance of aircraft, helicopters, avionics and aerospace defense equipment.

With the world’s most market-dominant gas turbine from GE, the Indian Navy and 39 other navies around the globe have worldwide support, whether onshore or at sea, and interoperability benefits with other allied ships. GE has delivered gas turbines onboard 633 naval ships worldwide and provides 95 per cent of the commissioned propulsion gas turbines in the United States Navy fleet. With the LM2500’s outstanding track record of being ready for the fight, coupled with its ease of maintenance and global support, the LM2500 continues to be the gas turbine of choice of the world’s navies.

GE Marine’s gas turbine business is part of GE Aviation, and is headquartered in Cincinnati, Ohio. GE is one of the world’s leading manufacturers of marine propulsion products, systems and solutions including aeroderivative gas turbines ranging from 6,100 to 70,656 shaft horsepower/4.6 to 52.7 megawatts. For more information, visit ge.com/marine.