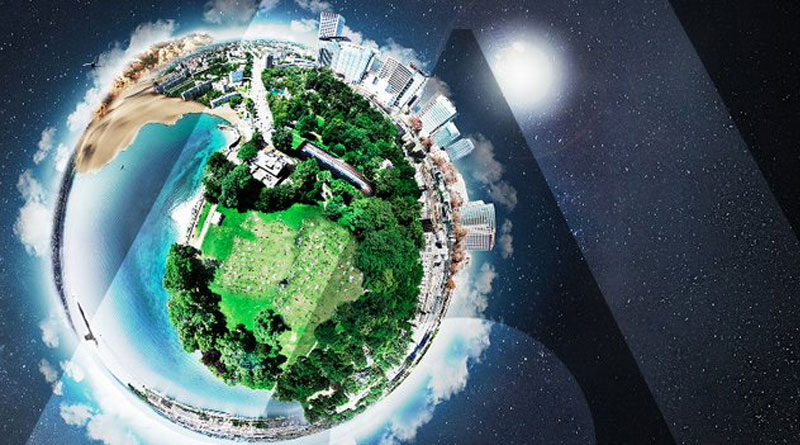 Thales has achieved the highest “Leadership” level (A/A-) in the respected Carbon Disclosure Project benchmark, which assesses the transparency and low-carbon objectives of companies and their ability to combat climate change.

Thales’s A- rating puts it in the top 21 percent of companies in the electrical and electronic equipment sector, above the European average (B) and the sector average (B-).

“This rating reflects the Group’s sustainable development efforts and the commitments made within its broader ESG policy, which was presented at the Thales ESG Investor Day on 5 October 2021,” said a press release from Thales.

The Carbon Disclosure Project (CDP) is an international non-profit organisation that maintains the world’s largest database on the environmental performance of companies and cities. The CDP encourages investors, companies, and cities to take action to build a truly sustainable economy by helping them measure and understand their environmental impact.

Every year since 2003, the CDP has conducted an annual survey to gather information on the greenhouse gas emissions of companies around the world to measure progress in the environmental performance of each company. Thales is ranked at the highest “Leadership” level (A/A-). This level recognises companies that have adopted best practices in the fight against climate change.

Across the various criteria, Thales was recognised for its moves to reduce its CO2 emissions, for its Scope 1, 2 and 3 commitments and for the robust system of governance it has put in place to implement the Group’s low-carbon policy.

Thales accelerates its low-carbon policy and raises its targets

Thales intends to combat climate change by aiming for “net zero” emissions by 2040, as announced at its first Investor Day dedicated to its ESG strategy. The Group is aiming to achieve a 35 percent reduction in operational CO2 emissions by 2023, a 50 percent reduction by 2030 1 (scope 1, scope 2 and business travels). These operational emissions targets are consistent with the Paris Agreement’s global warming objectives of -1,5°.

In addition, Thales has pledged that 100 percent of its new products and services will be eco-designed by 2023, and the Group will engage more methodically with suppliers to support their own efforts to reduce carbon emissions, with 100 percent of the action plans of the 150 most polluting suppliers analysed and launched by 2023. It will also systematically engage with partners in the supply chain to bring them into line with its goal of cutting emissions by 50 percent by 2030.

The Group will soon start the SBTi (Science-Based Target initiative) certification process to substantiate its action plan for a low carbon future.

Thales technology expertise in the fight against global warming

In the civil aviation sector, for example, Thales flight management and air traffic control systems can optimise flight paths and aircraft operations, which is one of the main ways for the sector to achieve its objective of halving emissions by 2050. Optimizing air transport in this way would reduce CO2 emissions by 10–15 percent, or by more than 100 million tonnes of CO2 by 2040.

Thales is also leveraging its global leadership in sensors and satellites to expand space-based surveillance capabilities and better understand climate phenomena. Thales Alenia Space is developing instruments to measure the amount of atmospheric CO2 caused by human activity with unprecedented accuracy (within 4 m²), making it possible to detect peaks in pollution around a given factory or city, for example.

Lastly, Thales is developing disruptive technologies that will make artificial intelligence more energy efficient. Thales is the first company to develop “frugal” AI based on algorithms that only require small amounts of energy.

“This top rating from the Carbon Disclosure Project reflects a strong commitment to combat climate change by Thales and our 81,000 employees. The Group will continue to leverage its knowledge and advanced technologies to devise innovative solutions that help to make the world safer, greener and more inclusive,” Chairman & Chief Executive Officer, Patrice Caine, Thales.