From terror-busters to terrorists. How SOG acquired a bad name

In 1993, the only things expected of the Jammu and Kashmir police were to come to the site of an incident after it was over, maintain the body count and generally clean up the mess left behind by the security forces fighting militancy. Nothing more was either expected or accomplished. The senior officers had abandoned the force, with quite a few leading various terrorist outfits and the men were in disarray, getting increasingly overwhelmed by the subversive elements around. So much so, the militants had a free-run of a number of police stations in and around Srinagar. Demotivated, demoralised and completely directionless, the police force was reduced to doing the dirty work for other forces. Things had come to such a pass that there was a near mutiny-like situation in Srinagar when a police officer was accidentally killed by the army. The policemen rebelled and took senior officials including the state DGP and the home secretary hostage. The army was called in and the police was disarmed. 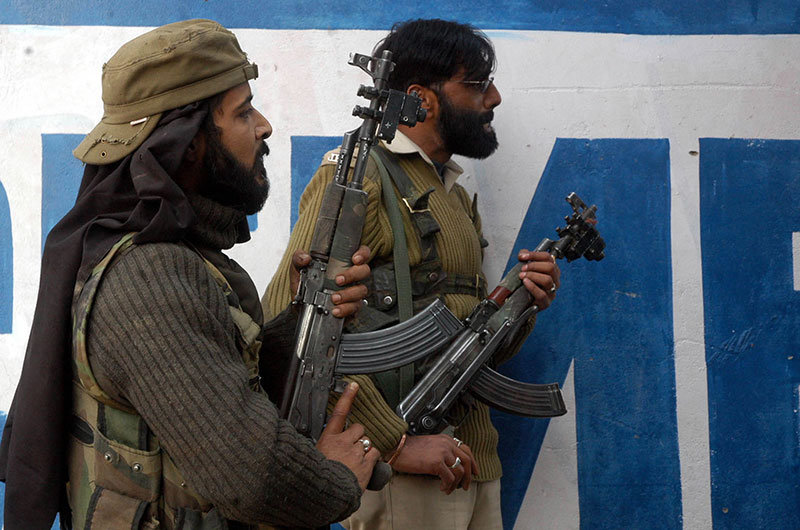 As far as the police was concerned, things could only go downhill. However, a year later one incident arrested the downward spiral. One day in June 1994, superintendent of police (SP), Srinagar, Farooq Khan got information about some militants meeting in the Qamarbali locality of downtown Srinagar. In normal course, the information would have either been passed to some other security force or ignored, but Khan seized it to resurrect himself and his men. Driving a rented gypsy with three subinspectors and three PSOs and equipped with two AK-47s, one carbine and one SLR, Khan drove through the serpentine lanes to reach the house where the militants were conducting their meeting.

Everybody, including the militants, ignored the raiding police party. “That was the level of our credibility,” recalls Khan. “The terrorists ignored us and continued with their meeting. By the time we reached close enough to arrest them they were too shocked to react.” The police returned with the arrested militants to Khan’s residence which was converted into an operations office. “For obvious reasons we didn’t go to the police station,” he says. “If I were to conduct a similar operation now I would have demanded at least two platoons.”

The news of the operation spread quickly, reinvigorating the sluggish force. One success followed another and soon formal discussions started at the top level to designate a certain group in the police for specialised operations. “We used to have prolonged discussions with the DGP police about the composition of a force comprising volunteers from the police,” says Khan who is credited with raising the Special Operations Group (SOG) and became the first SP heading SOG in Srinagar. Ironically, though there were discussions about the composition of the force nobody formally christened it. The notorious name SOG (Special Ordeal Group?), which later became synonymous with extortion and torture, came about on its own. “People called it by various names, special task force, operations force and so on, till finally it became Special Operations Groups,” says Khan, who is currently under suspension.


By December 1994, SOG cells were established in all the districts of Srinagar with the main headquarters based in Srinagar city. The force comprised essentially of volunteer police officers with a few surrendered militants working as informers or guides. “Contrary to the rumours about the SOG, no militant was ever given a gun,” says Khan. “It would have been suicidal to give any of the surrendered militant a gun because somebody who surrenders is essentially a mercenary. He is on your side for money and if somebody offers him more money he’ll switch sides without any qualms.” The CRPF was employed not only as a back-up force but also to guard the SOG cells which functioned independent of the police. In the beginning, the Srinagar HQ had 45 police officers in addition to a CRPF company, which had a strength of 130. So an average SOG cell had the fighting capacity of approximately 60-65 men.

Within two years of its inception SOG accounted for nine supreme terrorist commanders, killing two and arresting seven. Success was met with unprecedented rewards. According to one police officer who had served the SOG earlier, every militant killed earned the group anything between Rs 35,000 to Rs 50,000 depending upon his notoriety. Arrests and weapon seizure came with their own rewards. There were also out-of-turn promotions.

As the group grew, so did its notoriety. Special Operations Group became one of the most feared forces in the state with allegations of extortion, torture and human rights violation mounting up. Admits Khan, “It is true that there were excesses and many among us committed mistakes but this does not take away from the fact that our success track record was exemplary.” According to Khan, while others were focussed on such terrorist groups as Jaish-e-Mohammed and Lashkar-e- Taiyyaba, SOG was single-minded focussed on Hizbul Mujahideen which he considered a hydra. In its hey-days, the SOG had managed to break the Hizbul’s back by dealing serious blows to its organisational structure killing most of their regional and district commanders thereby sanitising the Valley to a great extent.

The SOG officers claim that Syed Salahuddin escaped twice by a whisker from their clutches. Such terrorists, as Ali Mohammed Dar, former superintendent of police, and Saifuddin Ghazi (both Salahuddin’s deputies) ran away to Pakistan because of the heat generated by the SOG. When subsequently Dar was forced to return to Kashmir to restore a semblance of organisation to the outfit he succumbed to the SOG within six months.

“One of our major successes was against a major of the Pakistan Army who headed the Harkat-ul-Ansar and operated near the border. He went by the name of Omar bhai and was instrumental in facilitating infiltration,” recalls Khan. “The army would employ four battalions and the BSF three brigades to carry out operations against him. However, when we got information about him we decided to go on our own. Speed was important but more important was stealth. There was an option of conducting a joint operation with the army but we realised that we would lose precious time in that. There was fierce gun battle for nearly five hours in which we lost a few of our brave men but finally succeeded in killing Omar bhai.”

Perhaps, it was successes such as these which finally proved to be SOG’s nemesis. Drunk on their success and also with a sense of invincibility, young officers seldom realised when they crossed the line. Taking part of the blame, Khan says that over the years as the organisation started growing standards for recruitment got diluted. Too many bad eggs started coming in. Since it was a voluntary organisation, any police officer who had a problem with somebody or was facing charges in the police department volunteered to join the SOG. Besides, since the SOG was present in nearly 70 to 80 per cent of the operations, allegations of human rights violation were bound to be more against it.

Finally, things came to head and the People’s Democratic Party made disbanding of the SOG one of its main poll issues. As allegations flew, people started saying that there were surrendered militants in the organisation who were using it to settle personal scores. In the haze of rumours and myths, the SOG simply became a notorious outfit which was stripped of all its credit. However, once the PDP came to power after an alliance with the Congress it tempered its stand against the SOG. Instead of disbanding the force, the police officers were assimilated in the parent organisation. The fate of the surrendered militants hang in balance as the state government is still formulising a plan to accommodate them. But for all practical purposes, the organisation that gave terrorists a run in the early years is dead and buried.

Rashtriya Rifles have come a long way since its inception

One thought on “Force Deconstructed”