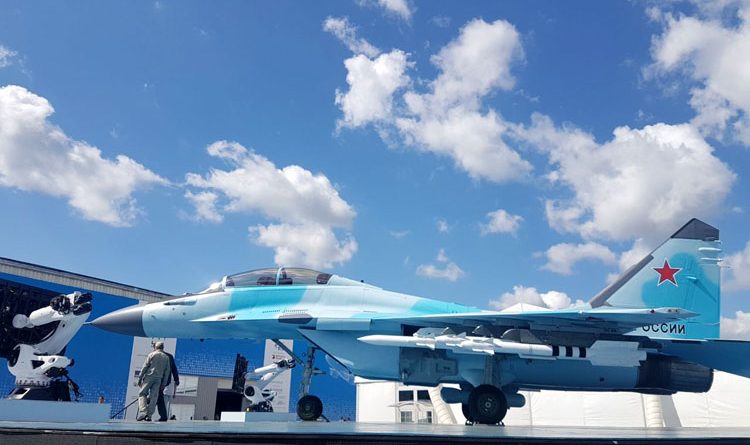 In MMRCA Redux, Russia offers the fighter to IAF

Moscow: The Russian company RAC-MiG has offered India its MiG-35 multirole fighter jet during the ongoing 13th International Aerospace Show—MAKS-2017— being held at the Ramenskoye aerodrome in the town of Zhukovsky outside Moscow.

Earlier also, during the MMRCA (Medium Multiple Role Combat Aircraft) programme, Russia’s MiG Aircraft Company had offered the aircraft to India, but that offer did not materialise. Moreover, the fighter jet then was not ready also for the procurement.

Now at demonstration at the MAKS-2017, Russia is once again offering it to the Indian Air Force and the serial production is said to begin soon.

On the other hand, in addition to Rafale with which Indian Air Force has already signed a contract of Euro 7.87 billion for 36 fighter jets, IAF is looking for another fighter, thus bringing Boeings F/A-18 and Saab’s Gripen into the race.

One thought on “Flight Ready MiG-35 to begin Serial Production”