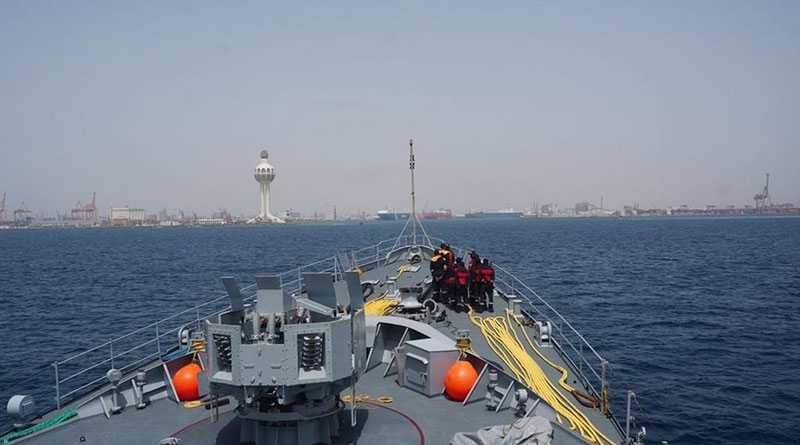 Issues of bilateral Naval cooperation and training initiatives between the two countries were discussed. During the visit, the ships will be involved in interaction with officials from Royal Navy of Saudi Arabia and various other dignitaries as well as training exchange.