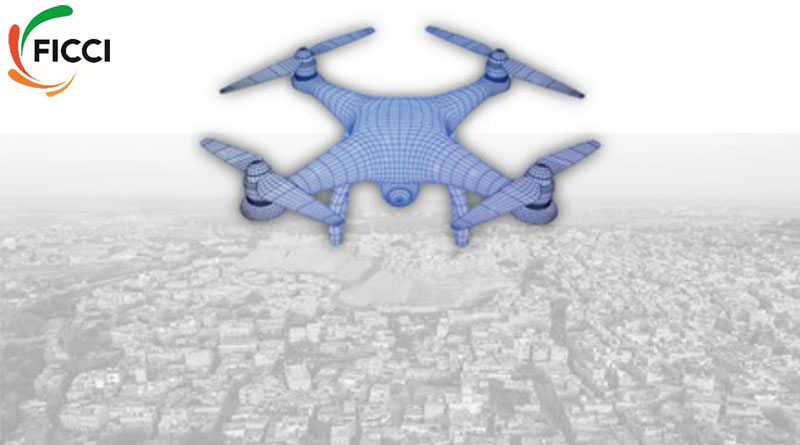 FICCI, on 4th July, welcomed Ministry of Civil Aviation (MoCA)’s initiative to launch the Draft UAS Rules 2020 for public consultation and released a set of recommendations regarding the same.

“The world is at the cusp of widespread adoption of the fourth industrial revolution. Drones, as a subset of Cyber-Physical Systems, have the potential to lead the charge of Industry 4.0 platforms, as per ‘FICCI Recommendations on The Draft Unmanned Aircraft System Rules, 2020’,” the press note stated.

“Recognizing the potential of Drones, the Government of India has recently published draft Unmanned Aircraft System (UAS) Rules 2020. FICCI welcomes the Ministry of Civil Aviation (MoCA) initiative to launch the Draft UAS Rules 2020 for public consultation and also thanks the Government for the string of approvals, exemptions and other steps taken on a fast-track basis within the past few months for widespread adoption of Drones despite challenging times,” the note further stated.

“Our country needs innovators who can solve societal problems by applying technology and creating next-generation platforms. R&D and Innovation undertaken in collaboration with industry, academic institutions, and government agencies by Drone start-ups in India shall make the vision of ‘Atma Nirbhar Bharat’ a reality within a short time. These innovators have the potential to flourish and succeed with the notification of the Draft UAS Rules 2020”, Mr Rajan Luthra, Chair, FICCI Drones Committee said.


The CAR 1.0, which was notified in 2018, was simply an extension of current aviation regulation. “However, the proposed Draft Rules, is a bold regulatory step by MoCA to recognize Drones as an industry in itself and not merely an extension of civil aviation in the country”, Mr Luthra said. “These rules, once approved, would play a big role in facilitating the Drone Revolution in India” he added.

The  highlights of the recommendations by FICCI to the MoCA are:

FICCI was the first industry body in India to recognize the transformational role of Drones and has a dedicated Committee on Drones representing this highly promising sector. The committee has been advocating for the holistic and responsible use of Drones across diverse use-cases in government agencies, agriculture and enterprises.

Towards a comprehensive review, FICCI Committee on Drones had convened a stakeholder consultation meeting to deliberate on the Draft UAS Rules 2020. The event hosted large number of participants from Drone OEMs and industry end-users to provide their insights and recommendations on the draft rules. Based on the inputs received, FICCI submitted a detailed document on policy inputs for the Draft UAS Rules 2020.