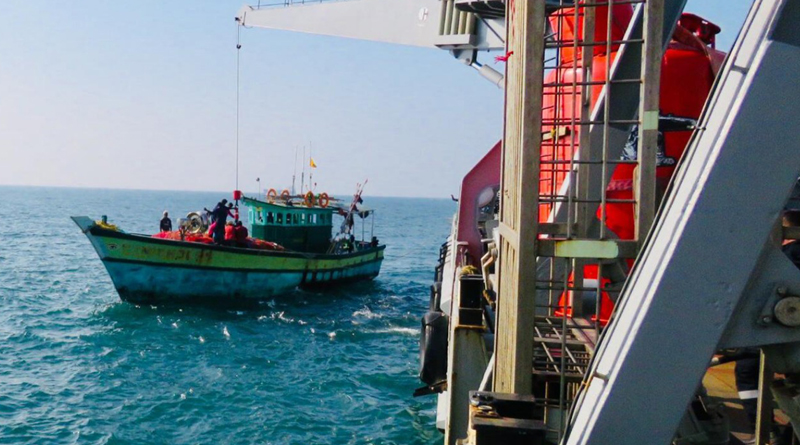 INS Nireekshak, a diving support vessel of the Southern Naval Command rescued ten fishermen stranded onboard Fishing Boat Saint Nicholas of Tamilnadu on April 1, off Kochi, while patrolling along the Kerala coast.

The ten fishermen were not only short of fuel and water but were also searching for a provision to get back home to Port Kolachel in Tamilnadu.  INS Nireekshak then provided assistance to the distressed fishermen by transferring 300 litres of fuel and water. It also provided them with relief material which would come handy to them to sustain the journey.


According to the press release, “In view of the existing health advisories on COVID-19  it was ensured that all transfer was done without any physical contact with the boat or crew. The fuel water and provisions were transferred using ship’s crane.”

The boat had left Kochi on March 12 for fishing in the Arabian Sea and had not ventured to any other port since then. It was to enter Kochi for re-fuelling and buying ration but was unable to do so due to the ongoing lockdown.

“Naval ships continue to remain mission deployed during COVID-19 crisis and the deployments are being planned without any port visit to the extent possible or with at least a gap of 14 days at the sea from the last port visit prior to return,” the press release further read.