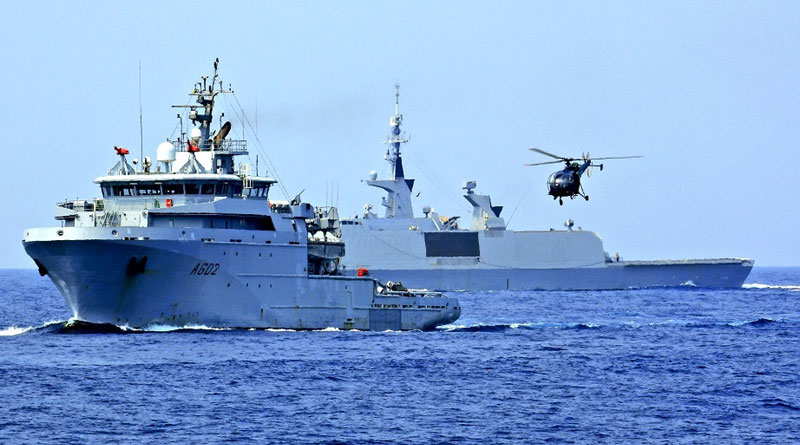 The last day of the exercise had cross visits of personnel, cross embarkation of sea-riders and a closing session was conducted. Participants and operations teams of Participating units met onboard INS Chennai for a comprehensive debrief. All evolutions conducted at sea were discussed with options for possible inclusions in the future editions of the exercise. After debriefing, culmination of the exercise was marked by the traditional steam past between ships of both navies. INS Chennai passed the column of French warships at close range with personnel biding each other favourable winds and following seas for the journey ahead.

Seamless coordination, precise execution of manoeuvres, and clockwork execution of complex anti-submarine warfare exercises characterized the conduct of Varuna-2022. All operational objectives of the exercise were accomplished by the participants in full measure. The exercise reflected high synergy and mutual understanding between the Indian Navy and French Navy that will bolster their ability to undertake joint operations in maritime theatre, when required. Varuna-2022 will go a long way in strengthening the strategic partnership between India and France.