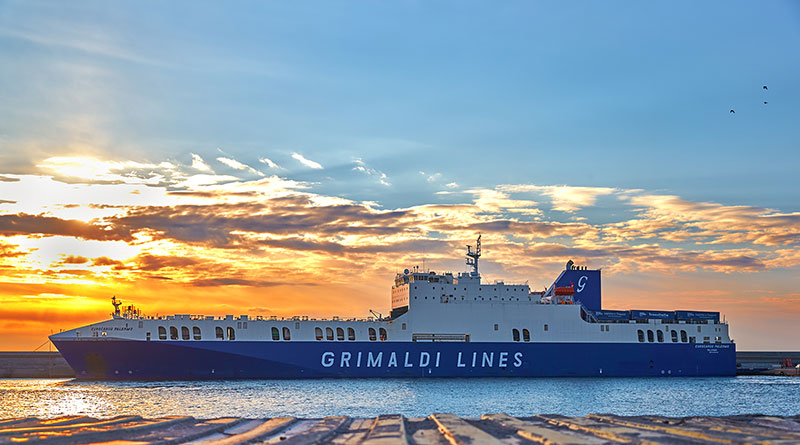 The members of the European project Life-PIAQUO, led by Naval Group, have partnered with Italian shipping company Grimaldi Euromed.

The European Life-PIAQUO project aims to reduce the impact of maritime traffic noise on marine ecosystems. It aims to develop concrete solutions for maritime transport, some of which will be tested on a Grimaldi ship.

Since September 2019, Naval Group has been leading the European Life-PIAQUO project, which aims to reduce the impact of maritime traffic noise on marine ecosystems. Noise generated by maritime traffic has indeed increased over the last fifty years, due in particular to the increased number of ships and their tonnage which has significant negative consequences on underwater fauna.

Noise pollution is mainly caused by propellers and the phenomenon of cavitation. The Life-PIAQUO project therefore aims to propose concrete solutions for those involved in maritime transport, particularly in the Mediterranean. Naval Group’s commitment to this project is part of its desire to strengthen the dynamic of respect for the environment within its activities.

Naval Group makes use of its expertise in acoustic discretion The Life-PIAQUO project is led by Naval Group in cooperation with nine other French, Italian and Swedish partners: Fincantieri, Chorus, CETENA, Alseamar, Quiet Oceans, Kongsberg, Università di Genova, Bureau Veritas and ESI Group. Cooperation between these different partners, who are all at the forefront of their field, allows for faster innovation.

Naval Group brings to the project its expertise in underwater acoustic discretion, derived from decades of designing and maintaining warships and submarines that are among the quietest products ever made.

The project has two objectives:

Established in 1947, the Grimaldi Group is a fully integrated multi-national logistics operator specialised in maritime transport of cars, rolling cargo, containers, and passengers. Since the mid-1990s, its company Grimaldi Euromed has been at the centre of remarkable development in the shipment of European finished vehicles and integrated logistics. More recently, it has also become a driving force behind the Motorways of the Sea and Short Sea Shipping concepts in the Mediterranean area and in Northern Europe, thus promoting EU’s policy of shifting freight from the road to more environmentally friendly transport solutions. With an average age significantly lower than that of the reference market, its fleet includes modern vessels dedicated to the transport of rolling freight (trucks, trailers, cars, etc.) and passengers.

Grimaldi Euromed decided to be part of PIAQUO project to investigate together with all partners on underwater noise impact reduction considering the maritime traffic and real time behaviour of their ships. Thanks to the project results, the Italian shipping company will be able to know the real impact of a ship sailing in the Mediterranean area about the scale of risks of impact of noise on marine fauna and the effects of noise on marine species.