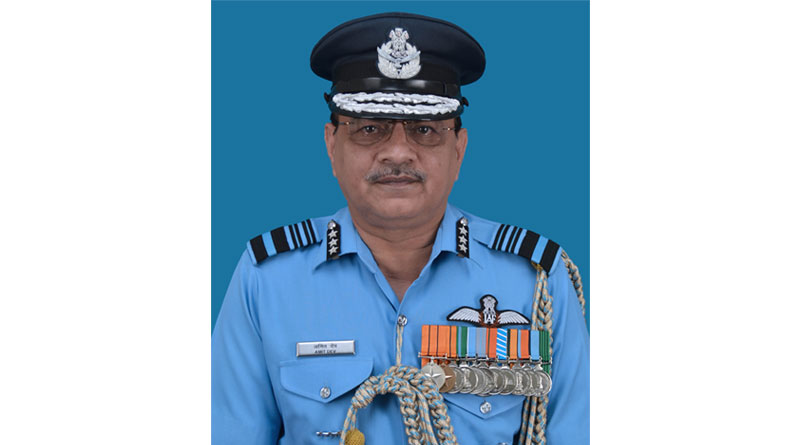 In a career spanning nearly 37 years, the Air Officer has flown wide variety of fighter and trainer aircraft in the inventory of IAF, including MiG-21 and 27

The Air Marshal graduated from National Defence Academy in December 1981 and was commissioned in the flying branch of Indian Air Force on 29 December 1982 as a fighter pilot. In a distinguished career spanning nearly 37 years, the Air Officer has flown wide variety of fighter and trainer aircraft in the inventory of IAF. He has a flying experience of more than 2500 hours, including operational flying on MiG- 21 and MiG-27 fighter aircrafts.

During his career, the Air Officer has held numerous important appointments. He was Commanding Officer of a frontline fighter squadron and later on became the Station Commander of the Air Defence Direction Centre. He was Air Officer Commanding of an operational fighter base and Advance HQ, South Western Air Command. As an Air Vice Marshal he held the appointment of Assistant Chief of Air staff (Inspection) at Air Headquarters Vayu Bhawan.


Prior to taking over as the Air Officer-In-Charge Personnel, he held the appointment of Director General Air (Operations) at Air HQ wherein he was responsible for the Operations of the IAF. He is an alumnus of Tactics and Air Combat Development Establishment, Defence Services Staff College, College of Air Warfare and National Defence College. He holds Masters in Defence Studies from Madras University and M Phil degree from Osmania and Madras University.

The Air Marshal is married to Seema Dev and they are blessed with two sons.