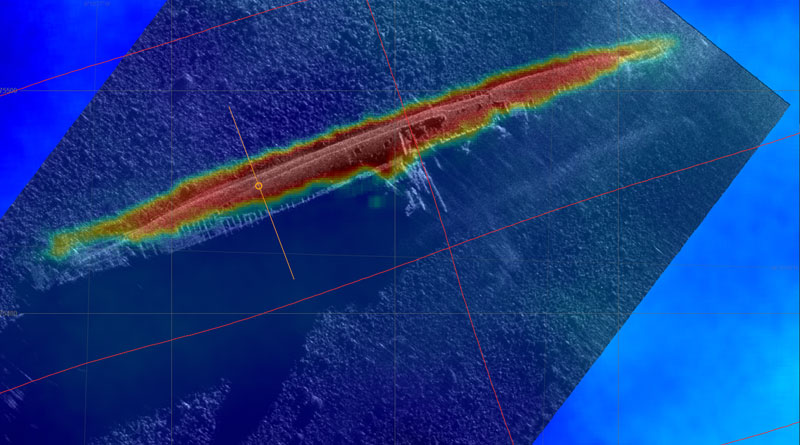 The A18D AUV performed a large variety of missions to precisely map the relief and sea-beds down to 3000m depth, in the currents and swell of the Atlantic, after it embarked on the French Navy’s Offshore Support & Assistance Vessel (BSAM) Rhône.

The example of the A18D tested showed a high level of reliability and proved to be easy to install and operate, thanks to its optimised size-to-weight ratio (5.7m-780kg) and its intuitive user interface.

With ECA GROUP’s supervision, the onboard crews of the DGA, the French Navy and the Shom were able to take charge of the AUV and be autonomous at all stages of the mission: from the preparation, launching, supervision of the measurement campaigns, up to recovering the vehicle and the data obtained.

These trials have allowed the A18D’s maturity to be measured. Moreover, the richness of the feedback allowed the teams to evaluate the potential of using a drone to accompany and enrich hydro oceanography missions.

The quality of the very high-resolution images acquired by the A18D was recognised.

The A18D AUV, a Contribution for Seabed Warfare

Surveying sea-beds is of prime importance to ensure the integrity of the equipment laid on them (communication cables, pipelines, etc.) and through which 95 percent of the world’s information flows. Its purpose is to search for debris or wrecks and to locate possible malicious systems. The A18D offers a balance between compactness, endurance, performance, modularity, data quality, innovation, and competitiveness. It can provide a sectorial solution for these missions.