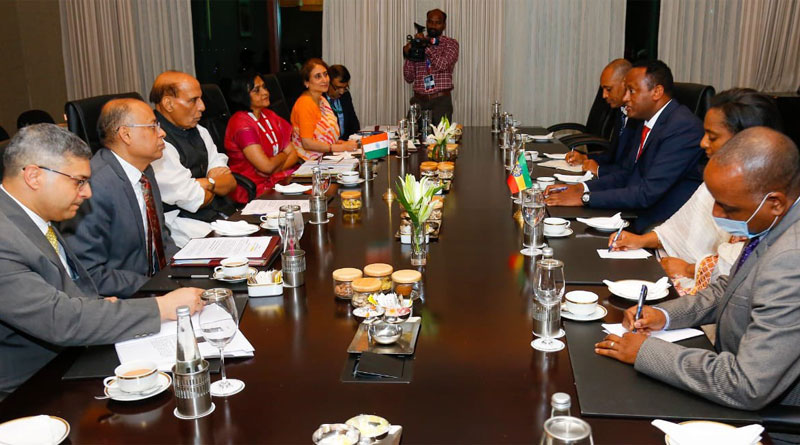 Defence Minister Rajnath Singh on October 17 held bilateral meetings with his counterparts from Africa who are attending the India-Africa Defence Dialogue and the DefExpo in Gandhinagar, Gujarat.

The entire spectrum of defence cooperation was discussed during the meetings, with focus on identifying avenues to expand mutually beneficial collaboration.

On October 18, the defence minister will host the India-Africa Defence Dialogue (IADD) in Gandhinagar. Defence cooperation issues between India and the African countries will be discussed during the meeting. A joint declaration will be issued after the dialogue.