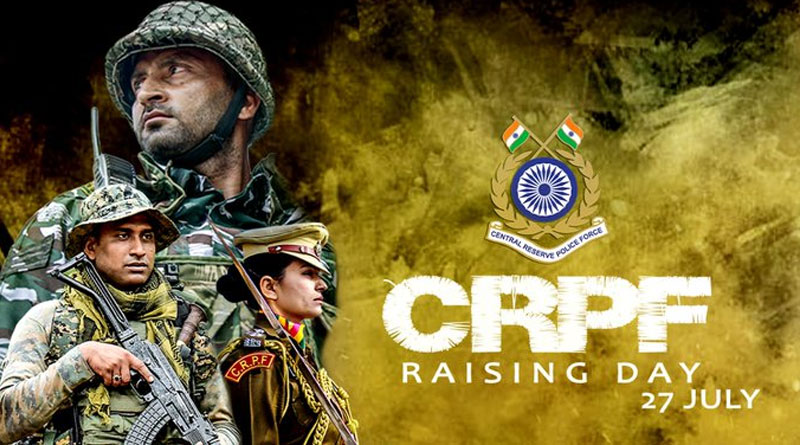 The Central Reserve Police Force today celebrated its 83rd Raising Day. The CRPF was raised in 1939 in Neemuch with a strength of one battalion. Today it consists 246 battalions.

During the Raising Day celebrations, DG CRPF Kuldiep Singh laid wreath at the Martyrs Memorial located in the campus of Group Centre Gurugram and paid tributes to the 2235 personnel of the force who have died in the line of duty. Singh extended best wishes to the personnel and their families on the Raising Day, and said that with its ‘glorious past as a guiding light the force was resolutely committed to serving the nation with all its might.’

Prime Minister Narendra Modi tweeted—”The CRPF is known for its valour and professionalism. It has a key role in India’s security apparatus. Their contributions to further national unity are appreciable. Saluting the dedication and commitment of CRPF Personnel to safeguarding the motherland.”

Union Home Minister Amit Shah too greeted the force using Twitter. He tweeted, “This valorous force plays a vital role in India’s growth by preserving the internal security and national integrity of the country.”

On the occasion, Head Constable (Retd) Baljeet Singh, a veteran of the Hot Springs Battle was felicitated at CRPF’s Hallomajra Camp, Chandigarh. In 1959, during China’s onslaught at Hot Springs (Ladakh) on October 21, 1959, it was small CRPF patrol, who faced the Chinese. CRPF then was ambushed and overwhelmingly outnumbered by China. In the ensuing skirmish, as many as 10 CRPF men died. Their martyrdom on October 21 is observed throughout the country as the ‘Police Commemoration Day’.

On this occasion, the CRPF reiterated its pledge of continuing to serve the country with devotion to duty along with its ‘nation-first spirit’. A total of 2113 gallantry medals have been bestowed upon the force.

A press statement from the CRPF stated, “The force takes pride in being the most decorated Central Armed Police Force with gallantry medals that include 1 Ashok Chakra (The highest peacetime gallantry award), 10 Kirti Chakras, 26 Shaurya Chakras, and 201 President’s Police Medal for Gallantry among others.”