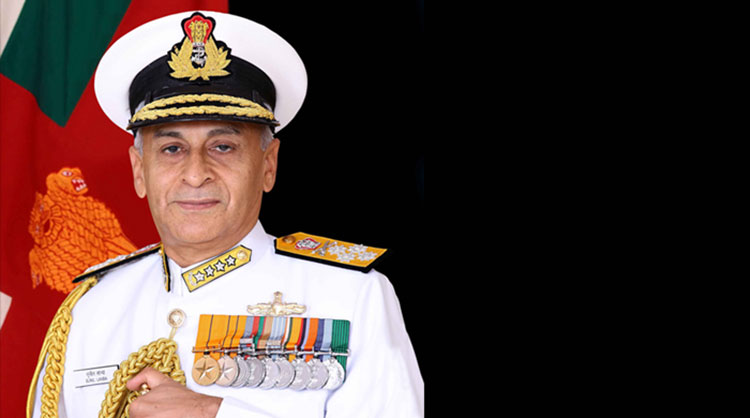 Aims to consolidate bilateral defence relations with Mozambique and Tanzania

New Delhi: Chairman Chiefs of Staff Committee (COSC) and Chief of the Naval Staff (CNS), Admiral Sunil Lanba left for two-nation visit on July 23 with Mozambique being the first leg of his journey. The Admiral will then visit Tanzania on July 26 and return by July 30.

The visit, according to an official handout, aims to consolidate the bilateral defence relations with Mozambique and Tanzania and also explore new avenues for defence cooperation.

In June this year ahead of Prime Minister Narendra Modi’s visit to Israel, the Admiral also visited the country on the same lines, to broaden bilateral defence and security cooperation.

The Admiral will also be visiting the Instituto Superior De Estudos De Defesa (ISEDEF) to interact with Commandant and faculty. Besides, he will also lay a wreath at the Hero’s Square.

On the second leg of his journey beginning July 26, the Admiral will be visiting Tanzania to hold bilateral discussions with the President of the country, John Magafuli, minister of defence and national service, Dr Hussei Mwinyi, minister of foreign affairs, Dr Augustine Mahiga, Chief of Defence Forces, Gen. Venance S Mabeyo, and the three Tanzanian People’s Defence Forces (TPDF) Service Chiefs. Moreover, Admiral Sunil Lanba will visit the command and staff college, Arusha and interact with Commandant and faculty there.

Pertinently, Indian armed forces cooperate with armed forces of Mozambique and Tanzania on various fronts including training, hydrography, and participation in each other’s defence events among others through Joint Defence Working Group (JDWG) with Mozambique and exchange of high-level visits with Tanzania.