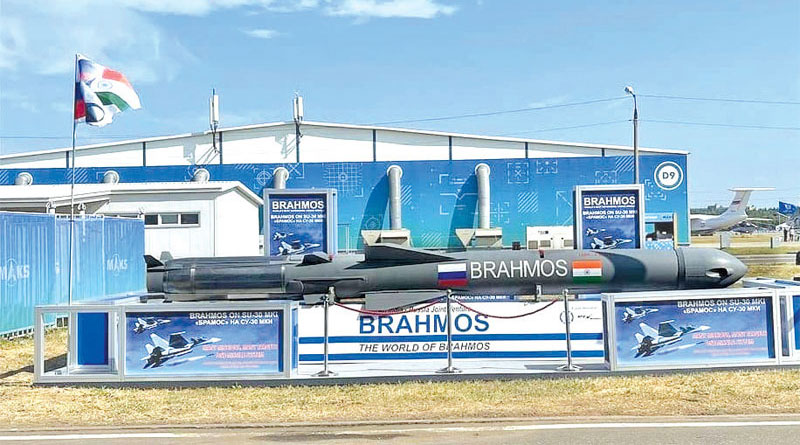 Uttar Pradesh may soon start manufacturing the state-of-the-art BrahMos missile. The BrahMos Aerospace’s CEO and MD, Sudhir Kumar Misra in a letter sent on 24 August to UPEIDA CEO and additional chief secretary (Home) Awanish Awasthi sought 200-acre land for the project at the Defence Corridor for making the BrahMos missile.

BrahMos Supersonic Cruise Missile has been designed, developed and produced by BrahMos Aerospace, a joint venture of DRDO, Government of India and NPOM, Government of Russia. It is based on the technology of Russia’s P-800 Oniks cruise missile.

As per a press statement from UPEIDA, “About 500 engineers and technical people will get direct employment in the BrahMos Production Centre which will be built by investing Rs 300 crores on the land to be allotted for making BrahMos missiles at Lucknow node.”

It added, “Apart from this, about 5000 people will get indirect employment and ten thousand people will get work through the production centre. The work of setting up the BrahMos Production Center is likely to start soon. Research and development work will also be done in these centres. More than 100 BrahMos missiles are planned to be built in the next three years. Due to the BrahMos Production Center, many other well-known companies working in the defence sector in the UP-Defence Corridor will come to the state.”