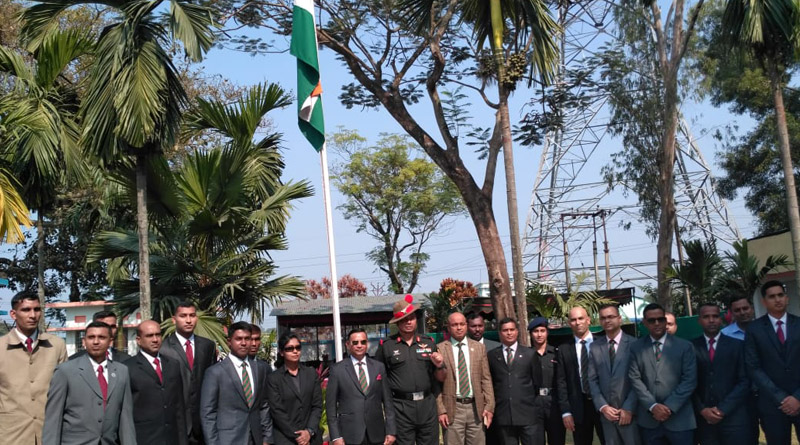 The 20-member Bangladesh military delegation on November 14 arrived at the headquarters of Trishakti Corps of the Indian Army in Siliguri, Assam. The delegation led by Maj. Gen. AHS Hasan, was welcomed at Phulbari and will visit the formations & units, on initiatives of military training, especially in mountain warfare & will be shown various training institutions.


The interaction between the armies of the two countries is aimed at boosting the military cooperation among the soldiers, and the delegation will be briefed on terrain warfare tactics and several other initiatives the Indian army is carrying out. The delegation will also visit the training institutions, including HMI Darjeeling, and professional activities about nature, sports and cultural events are being organised for the team.

The delegation will be here for 5 days, starting November 14. The exercise signifies a growing tie-up between the armies of the two nations and will go a long way in enhancing the interoperability with the neighbouring country.