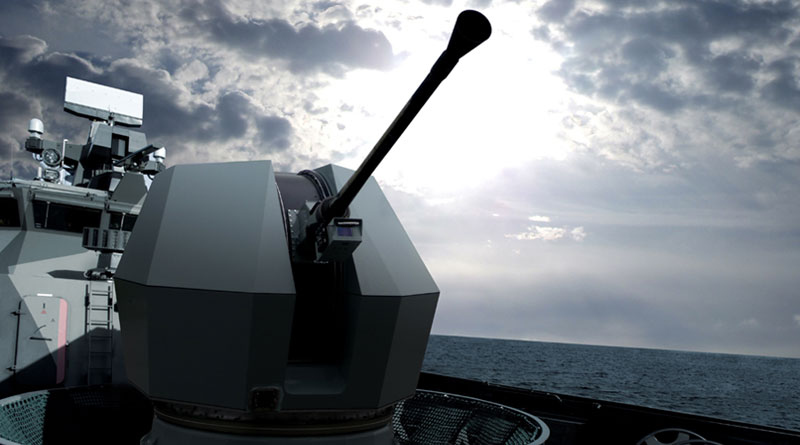 BAE Systems will produce and deliver Bofors 40 Mk4 and Bofors 57 Mk3 naval guns for the U.K Ministry of Defence’s Type 31 general purpose frigate program. The agreement, through a contract with Babcock International, will supply the Royal Navy with a set of advanced, multi-purpose gun systems for its fleet of five ships, with the first ship expected to go into service in 2027.

“We will be providing the most cutting edge gun system technology available which can adapt to different levels of conflict, including peacekeeping missions, local coastguard operations, and military operations,” said Lena Gillström, managing director for BAE Systems Bofors. “This contract increases the number of European nations deploying our advanced, flexible weapon systems.”


BAE Systems’ scope of work for the Type 31 program also includes services, tools, spares, documentation and support. Both naval gun systems will be manufactured at BAE Systems’ facility in Karlskoga, Sweden, with deliveries expected to take place in 2023 and 2024.

The Bofors 57 Mk3 naval gun is installed on various ship types around the world and is in use with the allied navies and coast guards of eight nations, including Canada, Finland, Germany, and Sweden, as well as the United States, where it is known as the Mk110 naval gun. BAE Systems has built and delivered more than 100 Bofors 57 Mk3 naval guns to customers around the world. The Bofors 40 Mk4 naval gun is the latest generation in the 40mm family, and with this contract, the Royal Navy will become its fifth operator.