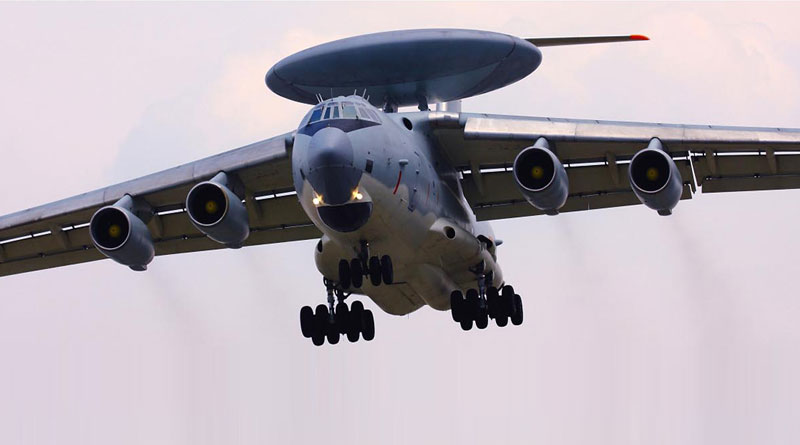 Airborne Warning and Control System (AWACS) and airborne early warning and control (AEW&C) are systems that can potentially change the outcome of a conflict, skirmish or even a full-fledged war.

These systems are airborne radar pickets which detect aircraft, ships and vehicles at long ranges whilst directing fighters and other attack aircraft at these targets. AWACS and AEW&C aircraft are tasked to perform command and control of the battlespace in a potential aerial engagement.

Just like Air Traffic Controllers based on the ground, AWACS and AEW&C aircraft can undertake similar roles such as C2BM (command and control, battle management) from the air.

Air Marshal B.K. Pandey (Retd) says AEW&C aircraft perform as ancillary units and provide information to the AWACS which acts as a command and control centre.


India currently uses 3 Phalcon systems mounted on IL-76 aircraft. These Israeli made systems are designated EL/W-2090 and are an improvement over the EL/M-2075. The EL/M-2075 was in 1993 called the most advanced AEW&C system in the world in an article by the Federation of American Scientists.

The EL/W-2090 comprises of an active electronically scanned array (AESA) which negates the need for a physically rotating rotodome. The website Airforce Technology cites the Phalcon’s range at over 260 miles (320 kms). India has ordered 2 more systems to supplement those in service.

India also operates DRDO designed AEW&CS on Brazilian made Embraer aircraft. India has ordered 6 EMB-145 aircraft to be mounted with the DRDO AEW&CS. The IAF has a requirement of over 20 aircraft of this type in the future.

On the other hand, China has four Kong Jing-2000 (KJ-2000), four KJ-200 and two KJ-500 in the People’s Liberation Army Air Force (PLAAF) fleet says an article in the Indian Defence Review quoting Military Balance 2017. The PLA Navy too operates its own small fleet of AEW aircraft based on Shaanxi Y-8 and Shaanxi Y-9 aircraft. It is estimated that China could possibly have over 20 AWACS and AEW&C aircraft in service.

“China has the advantage,” says the Air Marshal.

One thought on “AWACS and AEW&C Systems: China has the Edge”