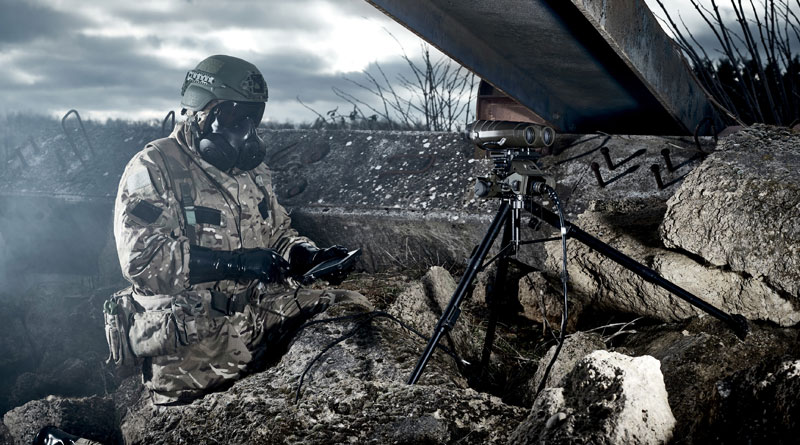 The CBRN threat is a growing concern for military forces, with the use of chemical weapons rising among both state actors and terrorist groups. In response, Avon Protection developed the EXOSKIN range of boots and gloves to supplement its CBRN respiratory protection products to protect personnel without compromising the wearer’s tactical agility in the field.

Designed to allow for the handling and operation of electronic touch screen devices, the EXOSKIN-G1 glove offers a critical operational advantage. The ambidextrous glove features a rubberised outer layer textured to maintain grip in wet conditions, with an intelligent, seamless inner knitted liner that has a conductive tip on both the thumb and forefinger. Together these layers optimise the wearer’s dexterity and allow them to complete their mission safely.

The EXOSKIN-B1 boot provides improved durability and agility in the field, with quick-release straps to secure the garment over standard footwear. A highly textured sole improves the wearer’s manoeuvrability in all underfoot conditions. In addition, it is 100 percent leak tested.

Manufactured from Avon Protection’s rubber technology, both the EXOSKIN-G1 glove and EXOSKIN-B1 boot offer Chemical Warfare Agent and Toxic Industrial Chemical protection and are impermeable to biological agents. Designed for quick donning and doffing, they integrate with many protective suit ensembles including JSLIST and MkIVA.

“Since the end of the Cold War, many nations have become more aware of the CBRN threats faced on the modern battlefield as we continue to see nerve agents and chemical weapons deployed in the field,” said Vice President Europe, Middle East, Africa and Asia for Avon Protection, Steve Elwell. “Personnel must be able to operate safely on a contaminated battlefield without relying on cumbersome protection measures.”

“In developing the EXOSKIN range of CBRN protective garments, our focus was to optimise end-user versatility in the most demanding environments, while continuing our relentless pursuit to keep operators safe from these chemical and biological threats.” 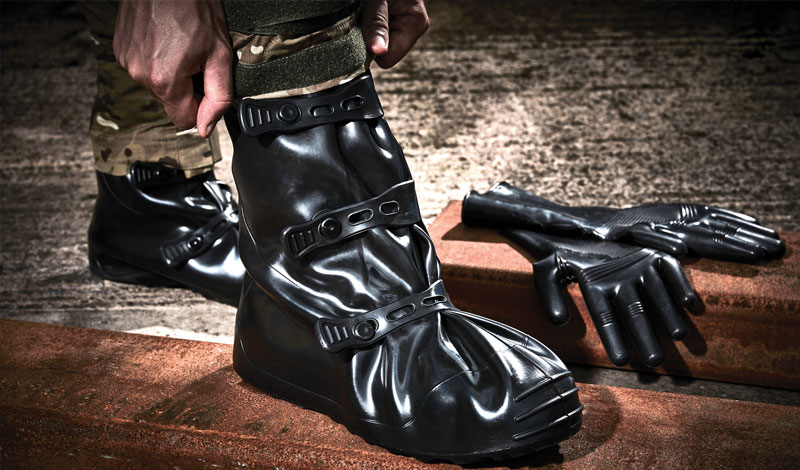