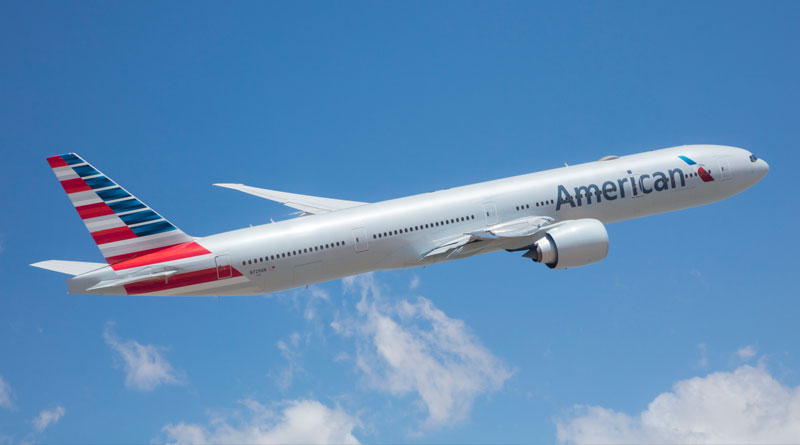 In response to the growing travel demand between the United States and India, American Airlines on 15 November announced the launch of new nonstop New York to New Delhi service on a Boeing 777-300 beginning November 12, 2021. The airline, which received approvals and permissions both from the Indian and the U.S. Governments, will fly an aircraft configured with 8 Flagship first-class lay-flat seats, 52 Flagship business lay-flat seats, 28 premium economy recliner seats, and 216 main cabin seats.

The flights to New Delhi will conveniently connect customers to India’s capital with daily service to New York. With its Qatar Airways partnership and planned codeshare with IndiGo, American Airlines will offer customers the ‘fastest growing network from the United States to India than any other airline partnership program.’

Vice President, Regulatory & International Affairs, American Airlines, Molly Wilkinson said “We wish to thank the Government of India for the approvals under the air bubble protocols and permission to launch new service to India. With the launch of this new route from New York to Delhi, and in partnership with IndiGo we will provide world class travel options to address the existing passenger demand in both countries. With the easing of travel between global destinations, and with more routes and options being made available soon, international travel is expected to gain huge momentum.”

A press statement from American stated, “To enable ‘seamless connectivity’ for customers across India, American recently announced plans for a codeshare agreement with IndiGo, India’s domestic airline. Through the codeshare agreement, IndiGo’s domestic routes in India will provide a wider travel option for American’s customers arriving on the carrier’s New Delhi flights.”

Vice President, Global Alliances and Partnerships, American Airlines, Anmol Bhargava said, “Our global partnerships are designed to grow our network to benefit our customers, team members and investors. We are proud to be partnering with IndiGo on the code sharing agreement. IndiGo is the largest domestic carrier in India and will help us connect our customers to all major regions in the country.”