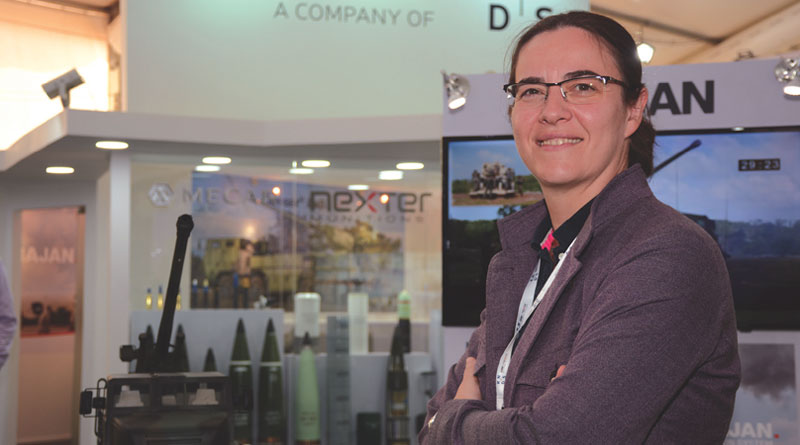 Nexter, along with its partner Larsen & Toubro, is exhibiting the TRAJAN artillery system, which has been evaluated by the Indian Army under the Towed Gun System programme (TGS) at DefExpo. If selected, Trajan will be partly produced in India.

A model of CAESAR on an 8×8 chassis, which according to the company is the best compromise between the simplicity of towed artillery and the mobility of a self-propelled system, is also on display at the Nexter stand.

Among other highlights are the 40mm CTAS gun with telescopic ammunition meant for armoured infantry and reconnaissance vehicles. Apparently, the CTAS gun provides them with superior firepower compared to any other medium calibre system. Also on display is the 20mm air-land range gun with the Pod NC 621, which, provides close air-to-air and air-to-ground fire support in the axial mode, and the SH20, which can be docked on most multi-missions helicopters.

A subsidiary of the Nexter Group, Nexter Robotics is exhibiting a range of multi-mission robots called NERVA along with its payloads and mobility kits. NERVA can carry out a spectrum of missions, from the detection of suspicious objects under vehicles to Nuclear, Radiological, Biological and Chemical (CBRN) threats, destruction of improvised explosive devices (IEDs) and site monitoring.